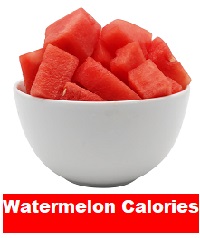 Calories in Watermelon ~ an Overview

With only 46 calories in 1 cup of diced watermelon, this fruit is a healthy alternative to a sugary dessert.

Watermelon, a refreshing treat with a dramatic light and dark green rind and juicy pinkish-red interior, is high in water and low in calories.

How many calories are in watermelon?

Watermelon, one of the most distinctive summer fruits, has a low-calorie count and a high water content.

It is also high in vitamins A and C, as well as lycopene. It is less acidic than citrus fruits and tomatoes, both of which are high in lycopene and vitamin C.

Watermelon is a large, sweet-tasting fruit that originated in southern Africa. Although it is a popular fruit, many people wonder if eating watermelon is fattening.

The truth is that watermelon contains a lot of water, and nutrients, and has very few calories, especially given its ability to quench thirst instantly.

It is also a good source of citrulline and lycopene, two potent plant compounds.

This juicy melon may have a variety of health benefits, such as lowering blood pressure, improving insulin sensitivity, and alleviating muscle soreness.

In addition to eating them fresh, they can be frozen, juiced, or blended into smoothies.

The watermelon, as the name implies, is primarily composed of 91% water and 7.5% carbohydrates.

It is low in calories and protein, and almost no fat is present. Watermelon contains the following nutrients in 100 g or 2/3 cup.

One cup of sliced or balled watermelon contains approximately 46 calories.

If you prefer it cut into wedges, it is roughly one-sixteenth the size of the melon (286 grams) and contains nearly twice as many calories

Calories from Watermelon and Other Plant Compounds

When compared to other fruits, watermelon is not particularly high in antioxidants.

On the other hand, it contains a high concentration of the amino acid citrulline and the antioxidant lycopene, both of which have a variety of health benefits.

Watermelon has a low-calorie count and is almost entirely fat-free.

Although it contains many beneficial nutrients, such as vitamins A and C, it is quite high in sugar; thus, those who are watching their sugar intake may benefit from eating this fruit in moderation.

Watermelon has how many calories?

Watermelon is a low-calorie fruit because it is composed of more than 90% water.

As a result, one cup of diced watermelon with just 46 calories is a healthy alternative to a sugary dessert.

Similarly, watermelon hydrates you due to its water content, which can help you feel full and consume fewer calories.

Calories in a Whole Watermelon

Even if you eat an entire watermelon, you will not meet your daily calorie requirements.

A whole watermelon that is 15 inches long and 7.5 inches in diameter contains 1,360 calories, according to Food Data Central of the United States Department of Agriculture (USDA).

Each slice of watermelon contains no calories that will push you over your daily calorie limit.

A single slice of watermelon (roughly 1/16 of a whole watermelon 15 inches by 7.5 inches) has 86 calories, according to the USDA.

The following calorie values are provided by the United States Department of Agriculture (USDA) for various parts of a watermelon:

Watermelon, in addition to being a delicious summer treat, has several distinct health benefits.

Eating (or drinking) watermelon is an excellent way to stay hydrated, especially during the hot summer months, because it contains approximately 92% water.

It’s also high in electrolytes, which aid in hydration balance in the body.

You will receive additional micronutrients in addition to the benefits of hydration.

Watermelon contains a lot of lycopene, a carotenoid that may help promote normal blood pressure.

Although tomatoes are well known as a source of lycopene, a fully matured watermelon contains significantly more lycopene than a tomato.

Lowers the risk of infection and cancer

Watermelon also contains flavonoids, carotenoids, and triterpenoids, which are all antioxidants.

These antioxidants promote cell healing and may reduce the occurrence of infections and certain diseases.

A study on overweight people found that those who ate watermelon instead of low-fat cookies felt fuller, implying that watermelons can help prevent excessive caloric intake.

Citrulline, an essential amino acid, can be found in relatively high concentrations in watermelon.

This amino acid has been linked to increased nitric oxide production, which can aid in lifting performance during exercise.

If you have hay fever or are allergic to the pollen of ragweed or other types of grass, you may have Pollen Food Allergy Syndrome, also known as PFAS.

Watermelon, according to one study, is “nontoxic with no known adverse effects,” which means it poses no health risks.

However, because it contains sugar, people with diabetes should exercise caution when eating watermelon to avoid blood sugar spikes.

A common side effect of eating too much watermelon is diarrhea. There are several possible causes for this digestive issue.

Pre-cut melons are dangerous, according to the Illinois Department of Public Health. Salmonella, a bacterium that causes stomach pain, fever, and severe diarrhea, could be present in these fruits.

To be safe, buy whole melons and thoroughly wash them before eating.

Calories and Varieties of Watermelon

Watermelon comes in hundreds of varieties and cultivars.

These are classified based on their size (icebox, which refers to smaller variations, and picnic, which refers to larger types), the color of their flesh (pink, yellow, or orange), and whether or not they include seeds.

A watermelon’s rind is relatively thick and can be completely green, have green stripes, or be speckled with white.

Melon shapes range from round to oval, with weights ranging from 6 to 29 pounds. The flesh is mostly pinkish-red in color. However, cultivars with golden flesh are gaining popularity.

Watermelons are native to tropical Africa, but commercial production can be found throughout the United States, particularly in states such as Texas, Florida, Georgia, and California, where the climate is warm and allows for a longer growing season.

When Is the Best Time to Eat Watermelons?

Summer is the peak season for watermelon production in the United States.

Watermelons are considered ripe when they have a significant weight in relation to their size.

The surface should be firm and free of nicks and dents.

Instead of being white, the spot on the ground where the melon was resting should be a yellow-cream color.

Watermelons, both whole and uncut, can be stored at room temperature.

Because heat can cause the flesh to dry out, the fruit should be stored in a cool place, such as a pantry or the refrigerator, when the temperature outside is high.

Watermelon can be stored in the refrigerator for up to three weeks if not cut.

It can be stored in the refrigerator for up to five days after being sliced if placed in an airtight container or a sealed plastic bag.

Watermelon that has been cut into pieces and stored in an airtight container can also be frozen.

How to Make Delicious Watermelons Recipe

Watermelon can be used for more than just cutting; try it in different salsa recipes, smoothies, and salads.

Its mild sweetness complements savory foods like cheese and almonds, as well as other protein sources.

Every part of the watermelon can be consumed. A watermelon’s seeds and rind can both be eaten.

The rind is frequently ground into flour and used in baking; it is also served as a side dish after being pickled, stewed, or stir-fried.

The Bottom Line about Watermelon Calories

Watermelon is a fruit that is both good for your health and delicious.

It’s high in citrulline and lycopene, both of which are important plant nutrients.

In addition to being sweet and delicious, it is high in water content, making it a tasty way to stay hydrated.

For many health-conscious people, eating watermelons on occasion can be a great addition to a healthy and balanced diet.

People also question if watermelon can help them lose weight.

Watermelon is one of the best fruits to eat if you’re trying to lose weight because it contains 90% water.

A 100-gram serving only has 30 calories. It’s also high in arginine, an amino acid that helps you burn fat quickly.

How many calories will I consume if I consume an entire watermelon?

An entire watermelon measuring 15 inches long by 7.5 inches in diameter contains 1,360 calories, according to the Food Data Central of the United States Department of Agriculture (USDA).

The majority of a fruit’s calories are derived from carbohydrates, which are primarily composed of natural sugars such as sucrose, fructose, and glucose.

Is watermelon high in sugar?

Answer. Watermelon, like many other fruits, contains sugar (about 10 grams per the whole cup, diced).

However, it is a naturally occurring sugar that is accompanied by other nutritious components found in the fruit (such as water, fiber, and vitamins).

50 calories equal how much watermelon?

Watermelon contains about 50 calories per serving.

Which fruit is best for losing weight?

What Are the Best Fruits for Losing Weight?

Does watermelon contribute to belly fat?

Watermelon is a low-calorie food, with only 46 calories in one cup.

According to the Mayo Clinic, a pound of body fat requires 3,500 calories, so watermelon is unlikely to contribute to weight gain.

A cup of watermelon contains less than a gram of fat, making it suitable for a low-fat diet.

Is one watermelon a day too much?

According to the USDA food database, one serving of watermelon is approximately 280g (about 1/16th of a watermelon).

A healthy adult can consume 1-2 servings of watermelon per day without risk.

Is it okay to consume an excessive amount of watermelon?

While hydration is essential for the body, eating too much watermelon can lead to water intoxication.

This condition, also known as overhydration, can deplete the body’s sodium content and cause swelling in the legs, exhaustion, and weak kidneys in severe cases.

Can you eat one watermelon every day?

While eating watermelon every day is technically safe, it is best to eat a variety of fruits and vegetables for optimal nutrition.

Can watermelon cause a blood sugar spike?

It is possibly ~ contains natural sugars that can raise blood sugar levels.

However, if you eat a small amount, such as a cup of diced watermelon, the effect on blood sugar is minimal.

In fact, diabetics may benefit from eating small amounts of watermelon in moderation.

What is the calorie count of a single slice of watermelon?

According to the USDA, one slice of watermelon (about 1/16 of an entire 15-inch by 7.5-inch watermelon) contains only 86 calories.

Watermelon has 300 calories per 1,000 grams. The% Daily Value (DV) of a nutrient in a serving of food indicates how much it contributes to a daily diet.

How many calories in ½ of a whole watermelon

The% Daily Value (DV) of a nutrient in a serving of food indicates how much it contributes to a daily diet.

How many calories are there in a whole watermelon?

An entire fruit measuring 15 inches long by 7.5 inches in diameter contains 1,360 calories, according to the Food Data Central of the United States Department of Agriculture (USDA).

The majority of a fruit’s calories are derived from carbohydrates, which are primarily composed of natural sugars such as sucrose, fructose, and glucose.

How many calories are in 1/4 of a whole watermelon

A quarter contains 339 calories. * The% Daily Value (DV) of a nutrient in a serving of food indicates how much it contributes to a daily diet. 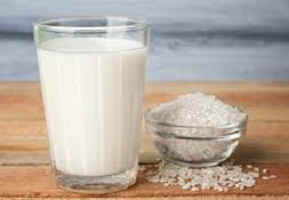 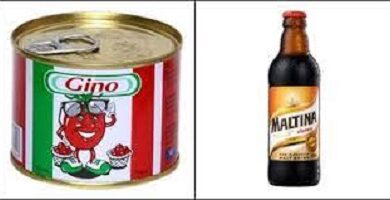