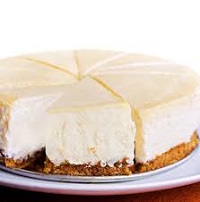 The keto cheesecake has a low carbohydrate count, a high-fat content, and a moderate protein content. It is a guilt-free dessert option for those following a Ketogenic diet. It has a sweeter flavor than conventional cheesecake.

What Is Keto Cheesecake?

Cheesecake is one of the world’s most popular sweets, however, most cheesecakes are created with sugar and a graham cracker crust. As a result, traditional cheesecake is not keto-friendly.

The difference between a “regular” cheesecake and this Keto cheesecake is minimal. The only item that has to be changed is the sweetener to make it sugar-free, and the crust to make it gluten-free.

A single slice contains more than 30 grammes of carbohydrates. This low-carb keto cheesecake recipe, on the other hand, has only 5g of net carbs!

Fortunately, by adjusting a few ingredients, you can create a keto-approved cheesecake recipe that is really tasty and tastes identical.

Keto Cheesecake recipe is simple to create and only requires a few simple steps. Although it appears to be a lot of work, it is actually not that difficult because a water bath is not necessary.

This delectable keto cheesecake requires only eight common ingredients, which are listed below:

Almond flour is excellent gluten-free flour for making a keto cheesecake crust. It’s low carb and perfect for a crispy on the exterior and crumbly on the inside keto crust.

Butter: Adds a buttery flavor to the crust and helps it crisp up in the oven.

Vanilla Extract: use the best vanilla extract you can find, preferably sugar-free.

Cream Cheese:  is the major component in this keto cheesecake, so use a high-quality brand. Another thing to remember is that the cream cheese must be full-fat and at room temperature.

Do not use cream cheese spread, even if it is low-fat.

Sweetener: To sweeten this low-carb dessert, use a powdered sweetener with no cooling effect or foul aftertaste, such as monk fruit+allulose blend.

You can alternatively go with erythritol or xylitol-based combination. Pure stevia is not a good choice.

Eggs:  Eggs aid in the binding of all the ingredients and cannot be substituted. Room temperature eggs are required

Mix the melted cream cheese and sweetener in a mixing bowl,

Add the eggs one at a time.

Mix with an electric mixer until smooth.

Add the other ingredients and clean the sides and bottom of the bowl with a spatula.

Flatten the cream cheese filling over the crust with a spatula to remove any air bubbles.

Baking and Refrigerating the Keto Cheesecake

Tips for a Perfect Keto Cheesecake

Serve your cheesecake with:

Water baths, sensitive chilling processes, and other sophisticated preparations appear to be a recurring theme in an oven-baked keto cheesecake.

This delightful dessert has a rich cheesecake filling on top of a 3-ingredient crust and is completed with a colorful berry garnish. Plus, it’s just plain lovely.

All you have to do is put it together and put it in the fridge (no worrying about over-baking, under-baking, or having your keto cheesecake crack)

It’s quick – it just takes 10 minutes to put this together. You don’t have to bake the crust!

Almond flour: is a keto component that is similar to graham cracker pie crust.

Melted butter: bonds the almond flour and adds a rich taste to the crust.

1. How to Make a Keto No-Bake Cheesecake Crust

2. How to Make No Bake Keto Cheesecake Filling

3. How to Make No Bake Keto Cheesecake with Berry Sauce

This recipe offers nutrition information for a slice. Compared to a classic cheesecake this one is very low in carbs and refined sugar:

Other Keto desserts Recipes to try:

There are numerous advantages of eating these keto snacks, including the following:

Increased Energy and Cognitive Function: When the body burns stored fat, it gets more energetic. Even keto treats can help you enhance your physical power and endurance.

Ketosis induces a spike in ketones which prevents blood sugar swings. It improves mental performance and concentration. In reality, fat fuels the brain rather than carbohydrates.

Blood Sugar Control:  A keto diet is beneficial for Type 2 diabetes management. According to some research, it can really reverse the illness over time. This appears to be the result of improved insulin regulation in the body.

Side Effects of Keto Cheesecake

Ketoacidosis: Excessive ketones might cause a condition known as ketoacidosis. Ketoacidosis is a potentially lethal complication of Type 1 diabetes.

The Keto Flu: Keto flu is a common occurrence for persons who are new to the Keto diet. It usually only lasts a few days until the body adjusts. It is caused by your system losing too much water and electrolytes.

Constipation and cramps: the keto diet causes your body to lose magnesium, which causes leg cramps to worsen. Taking a magnesium supplement may assist with the issue.

Meanwhile, dehydration causes constipation, which is why increasing water intake while on a keto diet is critical.

Can you eat cheesecake on a keto diet?

Cheesecake is the ideal keto dessert because it’s heavy with cream cheese and eggs, as well as being extremely low in carbs and high in fat.

It also does not necessitate modifying many of the ingredients, except for the sweetener and wheat for the base.

How many carbs are in a keto cheesecake?

Is cheesecake high in carbs?

Because of the sugar, regular cheesecake has a high carbohydrate content — often 32 grammes or more per slice.

How many calories are in a slice of keto cheesecake?

What kind of cheese can you have on the keto diet?

The greatest keto cheeses are cheddar, Gouda, goat cheese, and blue cheese, while cottage cheese and low-fat and processed kinds are the worst. If you’re on the keto diet or know someone who is, keep these cheeses in mind to induce ketosis and satisfy dietary objectives.

How do I know if the Keto Cheesecake is cooked?

The center, on the other hand, should be set but “jiggly” and pale in color. Bake it at a low temperature for 50-60 minutes. Another source of cracking that we are attempting to avoid is overbaking.

Keto cheesecake is one of the best desserts to try because of its high caloric content. Not only is it healthy but it is also very sweet and easy to make.

If you’re in a hurry try the 3 ingredients no-bake version. It’s quick, cheap, and easy. Also, for the topping of your cheesecake, you can use blueberry, raspberry, strawberry, peanut butter, or any berry at all. 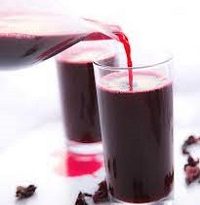 Health Benefits and Side Effects of Zobo Drink 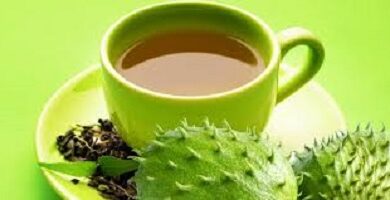 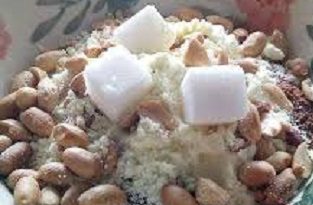 What Does Apple Juice Do to Guys