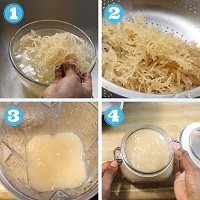 Sea moss has been used in traditional medicine for centuries due to its nutrient-dense nature and anti-inflammatory properties.

There are numerous sea moss benefits for women that offer a natural way to improve both the mind and the body.

Sea moss is a type of seaweed that has recently gained popularity as a natural remedy for several ailments. It contains a lot of nutrients, such as vitamins A, C, and E, as well as minerals.

This is only the tip of the iceberg.

When you consider the 92 essential nutrients and minerals that sea moss contains, the possibilities are truly limitless.

Recently, sea moss has been all the rage due to its positive effects on one’s health.

While sea moss certainly caters to both men and women, there appear to be multiple benefits geared specifically towards women.

What benefits does it offer for women precisely?

There are numerous benefits of sea moss for women, and we’ll go over them all in this post. Each benefit of using sea moss as a health supplement addresses a variety of health concerns for women today, ranging from fertility to weight management.

Let’s get started and see how you can use sea moss to improve your overall health and well-being.

What is Sea Moss?

Sea moss, also known as Irish sea moss or purple sea moss, grows in the Atlantic and Pacific oceans and is commonly harvested for use in supplements and as a food thickener.

Sea moss is commonly found in a variety of forms, including sea moss gummies, powders, and gel, which can last for months and often mask the taste of this naturally salty alga.

It has antioxidant and anti-inflammatory properties, making it useful in the treatment of conditions such as arthritis, asthma, and even cancer.

This guide will go over sea moss benefits in depth!

Iodine, carotene, and sulfur-containing compounds are all found in sea moss. These nutrients are thought to contribute to the health advantages of sea moss.

Some people consume sea moss because of its high mineral and vitamin content, which includes potassium, calcium, selenium, magnesium, manganese, and iron.

It also has B vitamins like folate and riboflavin. Sea moss is sometimes used as a thickener or emulsifier in food.

It can help give soups, stews, and smoothies a creamy texture when added to them. It is also used as a vegan substitute for gelatin in recipes such as puddings and jellies.

Some people apply sea moss to their skin. This is typically done as part of a facial mask or sitz bath.

Sea moss is thought to hydrate and soothe irritated skin when applied to it. It is also used as a natural laxative and diuretic.

Sea moss may have some health benefits, such as improving thyroid function, increasing energy, and promoting healthy skin.

However, there is little scientific evidence to back up these assertions. More research is needed to determine whether sea moss is useful for these or any other health-related purposes.

A type of seaweed harvested from the ocean is sea moss. It is frequently dried and sold as a powder or supplement.

Sea Moss Recipe ~ How to Prepare It

Sea moss can be prepared in a variety of ways.

You can make a gel out of this at home. This could be one of the most popular methods of consuming it.

The shelf life of sea moss is determined by the form in which it was purchased.

While scientific evidence is lacking, many sea moss advocates claim that prepared sea moss gel should keep in the fridge for a few weeks or can be frozen.

However, as with most prepared foods and cold storage leftovers, it’s probably best to exercise caution and only keep it for 3-5 days to reduce the risk of foodborne illness.

You can take sea moss as a supplement or powder, or make a gel at home with raw sea moss.

This gel can be consumed on its own or mixed into smoothies and other foods and beverages.

Some of the most common sea moss benefits for women include:

One of the most important benefits of sea moss for women is that it promotes thyroid health, which can help women avoid infertility.

This is due to its high iodine and selenium content, which aid in fertility and boost your intimacy.

The thyroid gland regulates the menstrual cycle and produces hormones that control the body’s heart, muscle, and digestive functions, as well as brain development and bone maintenance.

The thyroid also regulates the body’s metabolism, which is an important function. Sea moss protects the thyroid, resulting in a balanced metabolism.

Improving your metabolism can also help you lose weight.

It’s perfect for those looking for an all-natural way to lose weight.

A lack of magnesium and potassium in women’s diets is one of the leading causes of hormonal imbalances.

Because magnesium and potassium are both mood enhancers, a lack of either can cause depression.

Fortunately, sea moss is high in many nutrients, including magnesium and potassium, which will keep you from becoming irritable or depressed.

Is Sea Moss Good For You? Nutritional Value of Sea Moss

Sea moss is high in nutrients and has numerous potential health benefits. It is still being researched to help scientists understand the full scope of the algae’s benefits.

Nowadays, sea moss is primarily used as a source of vitamins and minerals to improve overall health.

It is most commonly found as a supplement. It is available from some supplement companies in raw form, as a gel or powder, or as an oral capsule or gummy.

Sea moss has been used for centuries as a food thickener.

It is the only natural source of carrageenan, a thickener used in ice cream, cottage cheese, non-dairy milk, and even baby formula.

How to Take Sea Moss

Scientists worked hard to develop an appropriate daily dose, which should be accompanied by a consistent diet regimen.

It is not recommended that the suggested dose be greatly exceeded.

Because Sea Moss does not have a strong flavor, it is simple to incorporate into your favorite recipes.

The Sea Moss capsules, on the other hand, are the most basic and straightforward way to take this supplement.

There’s no need to be concerned about getting the measurements wrong or how your recipe will turn out!

How to Include Sea Moss in Your Diet

“Sea moss can be added to the diet in a variety of ways.” “It comes in capsules, gummies, gels, and powders,” says Reisdorf.

According to Alfiero, sea moss acts as a thickener, making it an excellent addition to a smoothie, sauce, soup, stew, or homemade jam.

“When taking sea moss, it is important not to overdo it.” Always follow the directions on the bottle or product and consult your doctor to see if sea moss is right for you,” Reisdorf advises.

Who Should Not Take Sea Moss?

While there are numerous health benefits to including Sea Moss in your diet, some people should avoid this natural supplement.

Some people must avoid Sea Moss because of certain compounds and nutrients, specifically iodine, sulfa, and carrageen.

However, before adding any new supplement to their diet, everyone should consult a doctor.

There has been little to no research on its effects during pregnancy, as with many supplements and dietary aids.

Iodine levels in sea moss are high, which can cause complications during pregnancy.

As previously stated, little to no research has been conducted on the effects of dietary supplements on breastfeeding women.

The components of Sea Moss may pass through the milk and affect the baby.

Women Who Have a Family History of Kidney Stones:

Because Sea Moss is high in potassium, it can cause problems for people who have kidney problems.

Excess potassium in the blood can lead to serious health problems.

For those taking prescribed medications for medical conditions, it is best to seek medical advice before adding Sea Moss to your diet.

Sea Moss may be incompatible with certain medications, particularly those used to control blood pressure or diabetes.

Sea Moss is not advised for women who have autoimmune disorders.

When you add this alga to your diet, your symptoms may worsen, especially if you have lupus, rheumatoid arthritis, or Crohn’s disease.

Women with Shellfish or Seafood Allergies

People who are allergic to shellfish or other types of seafood may experience an allergic reaction to sea moss.

Sea Moss should be avoided if you have severe allergies.

Even if you are only allergic to seafood and shellfish, you should consult your doctor before incorporating Sea Moss into your diet.

Sulfa is an ingredient in many medications that can cause severe allergic reactions in some people.

Those that suffer from sulfa allergies should also avoid Sea Moss.

Side Effects of Sea Moss

Although sea moss is generally considered safe to use or consume, there are a few side effects to be aware of, including:

If you experience any of the above-mentioned side effects, stop using sea moss immediately and consult a doctor.

While many of the side effects of sea moss usually subside within a few weeks, it’s important to be cautious and keep an eye on how your body reacts.

If you are considering including sea moss in your diet, you should first consult with your doctor.

They will be able to give you more information on whether sea moss is a healthy addition to your diet.

Disclaimer: This article is not intended to be medical advice. If you have an emergency or a serious medical question, please contact a medical professional immediately

What does sea moss do to a woman’s body?

Sea moss is also high in potassium, which contributes to the prevention of high blood pressure.

What does sea moss do to hormones?

This is because it contains minerals such as zinc and selenium, which are known to be beneficial to hormone health.

What effect does sea moss have on belly fat?

Sea moss can help you lose belly fat by increasing your metabolism and burning fat.

If you want to lose weight, adding sea moss to your diet is a great way to start.

There are numerous types of sea moss products on the market, so choose the one that is best for you.

What happens to your body when you consume sea moss daily?

It’s claimed that the nutrients in sea moss, particularly iodine, B vitamins, calcium, and zinc, make it a fertility powerhouse that can help you get pregnant faster if you’re having trouble.

Does sea moss cleanse the body?

Sea moss is rich in vitamins and minerals, which can help detoxify your body.

Who should avoid taking sea moss?

Excess iodine exposure is one potential risk of taking too much sea moss, which may be dangerous for people with thyroid disease.

It’s claimed that the nutrients in sea moss, particularly iodine, B vitamins, calcium, and zinc, make it a fertility powerhouse that can help you get pregnant faster if you’re having trouble.

How long does it take for sea moss to begin working in your body? What happens when you take sea moss?

How long does it take for sea moss to start working in your body?

It can help lower your cholesterol and lower your risk of chronic diseases such as diabetes and heart disease.

“Research suggests that sea moss may help lower bad cholesterol, which is beneficial.” 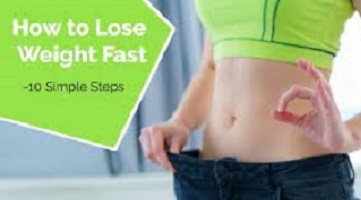 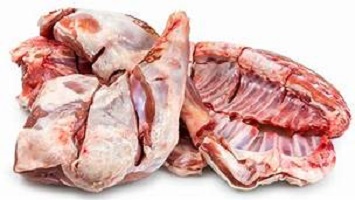 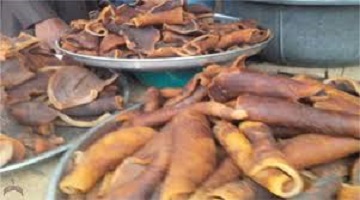