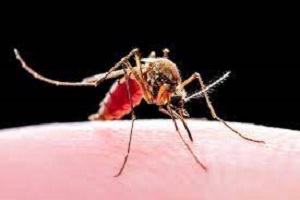 The World Health Organization (WHO) has set a lofty goal of a 90 percent reduction in worldwide malaria incidence by 2030. Given that malaria is one of the world’s worst infectious diseases, this research is essential. According to the WHO, 3.4 billion people in 92 countries are at high risk of contracting malaria, with 1.1 billion at high risk of contracting malaria within a year.

But what exactly is Malaria and How Does It Spread?

Malaria is a serious medical disorder marked by the rapid destruction of red blood cells, and it is transmitted by infected mosquitoes.

The red blood cells are vital body cells that aid in the transfer of oxygen to all of the body’s cells, tissues, organs, and systems, as well as the removal of excess carbon dioxide.

What is the mode of transmission of malaria?

There are various subspecies of Plasmodium, but only five of them are dangerous, namely, P. Falciparum, P. Vivax, P. Ovale, P. Malarie and P. Knowlesi. All of these are the main causes of Malaria.

When a mosquito bites an infected individual, a minute amount of blood is drawn, which contains malaria parasites that are minuscule.

When the mosquito takes its next blood meal, about a week later, these parasites mix with the mosquito’s saliva and are injected into the person being bitten.

Because the malaria parasite is located in an infected person’s red blood cells, malaria can also be transferred by blood transfusion, organ transplant, or the shared use of blood-contaminated needles or syringes.

Malaria can also be passed from a mother to her unborn child before or after delivery (this is known as “congenital” malaria).

Is it true that malaria is a contagious disease?

No. Malaria does not transmit from person to person like the flu or a cold, and it cannot be transmitted through genital infections. Also, malaria cannot be contracted through casual contact with malaria-infected individuals, such as sitting next to someone who has the disease.

Signs and Symptoms of Malaria

Malaria signs and treatment are something that everyone should be aware of, particularly during the rainy season.

Symptoms of malaria usually appear a few weeks after being bitten by an infected mosquito.

What are some of the first signs of malaria?

The initial symptoms of malaria are flu-like and include:

Malaria sufferers may experience “attacks” on a regular basis. Shivering and chills are common symptoms of an attack, which are followed by a high fever, sweating, and a return to normal temperature.

Malaria, on the other hand, can be quite severe; in this situation, it has spread to many organs and is causing organ failure and catastrophic complications in the body; signs and symptoms of complex malaria include neurological abnormalities such as convulsions and coma.

It can be life-threatening if not treated promptly and effectively. There will be almost little chance of recovery.

This disease kills hundreds of thousands of people every year, and it kills significantly more in third-world countries.

It is critical to understand how to treat Malaria once the symptoms have been identified.

The major goal of treatment is to get the parasite out of the affected person’s body.

The World Health Organization endorses ACT, or Artemisinin-based Combination Theory. Artemisinin, often known as sweet wormwood, reduces the number of parasites in the body for the first three days before being removed with the help of a partner medicine that is administered.

The drugs prescribed to the patient are determined by factors such as the parasite species present in the body, the severity of the symptoms, and the body’s drug-resistance capacity.

The following are the most commonly prescribed medications by doctors:

Malaria can be treated with anti-malaria medications, but there are also effective home treatments for the disease.

If a person does not believe in western medicine, a minor case of Malaria can be treated with natural home remedies that have proven to be beneficial in the past.

Some of them are as follows:

Apple Cider Vinegar combined with water, soaked in a towel, and applied on calves for 10-12 minutes

Boil ginger in water and consume 1-2 cups every day.

In a pot of water, bring cinnamon and pepper powder to a boil. Drink the filtered water with honey 1-2 times a day.

Every day, drink 2 cups of herbal tea or turmeric milk.

How can Malaria be prevented?

Those who have not yet been infected with Malaria always have one thing in mind: how may Malaria be prevented?

There are a number of techniques to protect yourself from being bitten by a Malaria insect/mosquito during the rainy season.

The opinions expressed in this article should not be used in place of medical advice. Please contact your treating physician, for more information 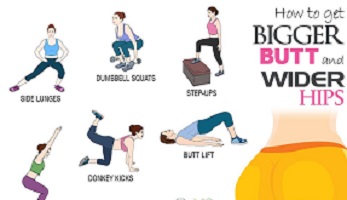 Plantain Vs Banana: Difference Between Banana and Plantain