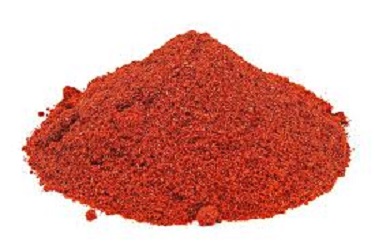 Paprika is a ground spice made from dried red fruits of the larger and sweeter varieties of the plant Capsicum annuum, called bell pepper.

Bell pepper is what most of us here in Nigeria call tatashe or sweet pepper. Paprika is one of the top 5 spices in cooking, along with cinnamon, black pepper, cumin, and garlic.

Native to the Americas and later Spain. Cultivated in China, the Middle East, and Hungary.

The name “paprika” is Hungarian and its root is in the Greek “peperi” and in the Latin “piper” both of which refer to pepper.

The peppers used to make paprika made their way to Hungary after Christopher Columbus brought them to Europe.

From Spain, the cultivation of the peppers spread to the South of France and England.

In Hungary and elsewhere throughout Europe, the pepper plants were first used as decorative houseplants.

When it comes to Hungarian cuisine, paprika is a major ingredient in dishes like chicken paprikash and goulash.

It is best to use the traditional Hungarian varieties of paprika when making these dishes rather than the smoked Spanish varieties.

In Nigeria, you can use paprika in recipes for everything from adding color to jollof rice, Moi moi, and tomato stews to barbecue rubs.

Paprika is as tasty as it is vibrant. The spice carries sweet, earthy, smoky, piquant, slightly bitter, and fiery flavors.

Too often we find ourselves reaching for the spice as a splash of color for our food.

The most common variety used for making this spice is tomato pepper.

This spice can range from mild to hot, smoked or not smoked, or can carry an earthy flavor or be noticeably sweet, all depending on the region the paprika comes from.

One of the main differences that determine a paprika’s spiciness is how much of the mid-rib of the pepper—and the seeds it contains—is removed before grinding.

Mild paprika has no mid-rib or seeds; hot paprika may have some included.

Hot paprika may also be made from a blend of bonnet pepper and other peppers like Capsicum annuum or sweet pepper, which have a spicier flesh.

In Spain, you make this spice by smoking the peppers dry, infusing a smoky flavor in the resulting spice.

In Hungary, it is classified into no less than eight different grades.

Sweet paprika is the most common. It has a bright red color. It is most commonly labeled as just “paprika” on a bottle, while the other two types are distinguishable.

With a new understanding of this spice, you can now heat up any dish with sophisticated varieties of flavors that paprika has to offer.

Turn up the heat with hot paprika, cool it down and add some subtlety with sweet paprika, or tingle your taste buds with the smoky bite of smoked paprika.

All Capsicum peppers are high in vitamin C, much of which is retained in the process of making paprika.

It is high in iron and is a concentrated source of beta carotene, which the body then converts into vitamin A.

Also, it contains a number of other vitamins and minerals as well. It has a large amount of dietary fiber and antioxidants, especially as spices go, and even a bit of protein.
Health Benefits

This spice contains carotenoids which are a family of antioxidants that help prevent disease.

One tablespoon of this spice contains 100 percent of the recommended daily intake of vitamin A as a result of beta carotene, just one of the carotenoids it contains.

How to Purchase and Store

Firstly be cautious of how much heat you want.

Thirdly, you can buy sweet, spicy, and smoked variants at most major/supermarkets, or on Amazon (affiliate link).

However, you can buy it bottled or in bulk. Store in a container with an airtight lid.

In whichever case, keep it in a dark cabinet away from heat and sunlight.

The quality as with all spices, is entirely dependent on nature and the growing environment.

Some people prefer an intense, deep red color to impart a better visual element while cooking.

Some, including myself, would rather have flavor instead of good looks.

Harvest Season
You plant these capsicums, in the nightshade (Solanaceae) family in early spring, and harvest when they turn red and lustrous in the summer and fall. 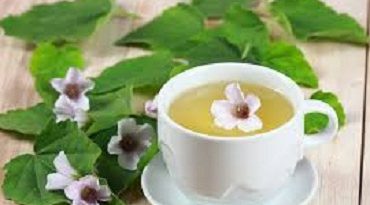 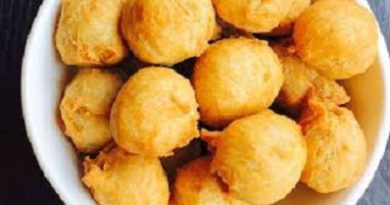 One thought on “Paprika: The Sweet, Spicy, and Smoky Spice”