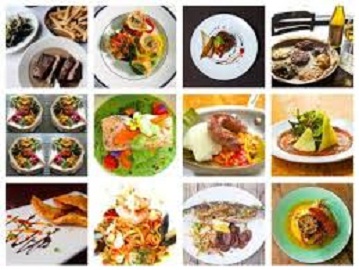 African food is a common term that refers to the cuisines of Africa. It is a list of outstanding dishes found in African cuisine.

The continent of Africa is the second-largest landmass on Earth and is the household to hundreds of diverse cultural and ethnic groups.

This diversity is also mirrored in the numerous local culinary traditions in terms of choice of ingredients, style of preparation, and cooking methods.

Since the first “barbecue” might well have taken place in Africa based on history, then, the continent can debatably claim to have thought up cooking.

From the lush greens of the West to the desert lands in North Africa and the Sahel plains of the East, every region serves an authentic recipe that will beat your minimum expectations.

African food can vary from each country in the continent; native African staple food crops like yams, cassava, sorghum, and millet are widely used in African cookery, along with cultivated imports like wheat, rice, and corn.

Starches for bread and common African swallow called fufu or ugali are derived from these crops.

However, there are common flavors throughout the dishes that make it distinctive.

The authentic African cuisine often incorporates many tropical climate crops and combines them with wild game and unique spice mixes.

One thing for sure: African food is just as diverse as its people. Below is a list of popular dishes in African cuisine;

The UN sub-region of North Africa consists of 7 countries at the northernmost part of the continent –Algeria, Egypt, Libya, Morocco, Sudan, Tunisia, and Western Sahara.

The food of these countries that lived along the Mediterranean Sea is almost familiar to the Western, possibly because of the constant interaction with Mediterranean Europe.

North African cuisine is the product of a whole host of historical, cultural and topographical factors.

Couscous is the staple food of North Africa, a traditional Berber dish (first mentioned in a 13th-century cookbook) of steamed semolina that can be served as an accompaniment with tajine, with plates of vegetables, or eaten by itself.

B’stilla, sometimes also known as pastilla, is a Moroccan dish. Its origins are said to be in Fez and date back to the period of the Umayyad Caliphs in the eighth century. B’stilla generally consists of a sweet and sour pigeon pie, but can also be made with chicken or quail.

Tajine is perhaps the most famous Berber dish. It takes its name from the earthenware pot in which it is cooked.

The tajine dish is a slow-cooked stew and can be made up of all sorts of ingredients – chicken, lamb, beef, fish or vegetables, stewed with spices and dried fruit.

Best served with couscous and bread.

Shakshouka, or chakchouka, is a Tunisian dish that has spread across North Africa and is popular in Israel.

It can be served for breakfast, lunch or as part of the evening meal.

It’s one of the most colorful of the dishes on this list and is made up of chopped onions, chili peppers, tomatoes, and cumin.

In addition, it is cooked in a skillet to form a rich sauce in which a couple of eggs are poached.

Ful medames is the national dish of Egypt and common street food in cities like Cairo and Giza.

You’ll also find it served in much of North Africa and the Middle East.

Ful medames is a dish of fava beans, cooked in a pot and then served with vegetable oil and cumin, garlic, onions, peppers, and hard-boiled eggs.

Best East African dishes that are most commonly eaten are starchy, grain-based foods.

Ugali is an important staple like in neighboring Tanzania. Barbecued meat (nyama choma) is popular too.

It is the most common staple food in the region and is traditionally eaten with the hands. Like flat bread in other countries, ugali can be used as a sort of ‘scoop’ to pick up meat and vegetables. When it is not dipped in a stew, it is dipped in a sauce.

What more can you ask for than a deliciously tender and meaty grilled fresh tilapia? Nothing if you’re a fish lover. Even though it can also be cooked in thick sauces, nothing beats the simple and mouthwatering grilled version.

One of the favorite dishes of those who live around Lake Kivu, on the border of Rwanda and the Democratic Republic of the Congo, is the small sambaza fish.

Often, it is deep-fried and comes served on a plate with lemon, accompanied by French fries.

Whether at the side of the road, in a high-end restaurant, or front of a nightclub, grilled meat brochettes can be found all around the region. Chicken, beef and goat meat cuts might be the most common options, but it is specifically the goat meat brochettes that remain a favorite with locals.

Matoke, sometimes referred to as Ebitookye, is a type of banana, usually known as a cooking banana.

These bananas are harvested green before being baked or steam cooked and pounded into various meals.

In Uganda, one of their national dishes is the traditional Matoke, which is often served mashed.

Sitting down to a typical ancient West African meal, one cannot help but notice it is loaded with starchy foods, very light on the meat side, and well dipped in fat.

Fufu Africa is a semi-solid paste, far-fetched from the mashed potatoes or Italian polenta.

It is made from root vegetables like yams or cassava, and always accompanies soups and stews.

Every West African country has its version of this dream. Jollof rice Africa is a tomatoey rice dish with lots of pepper, crayfish, crabs, shrimps and what not.

Kenkey is a staple dish from the Ga tribe of West Africa, usually served with shitto, pepper sauce, and fried fish.

This Sierra Leonean dish has a groundnut base and features potato leaves as well as bits of fish or chunks of meat.

The Ghanaian version uses cocoyam leaves – either could be replaced with spinach.

This African soup is very common in the riverine areas in Nigeria. In principle, fisherman’s soup is just a seafood broth made with Palm oil.

The name of the soup has a history attached to it. It’s said to be the easy-to-prepare soup for fishermen while out at sea hence the name.

For those who love seafood, this recipe is absolutely for you. You can use all your favorite seafood to prepare this soup.

Maafe originates from the Mandinka and Bambara people of Mali.

It’s made up of meat (Lamb, beef, or chicken), tomatoes, onions, garlic, cabbage, leaf or root vegetables and peanuts.

This traditional dish is made from rice, fish and tomato sauce and is flavored with spiced onions, carrots, cabbage, cassava, and peanut oil.

Interestingly, a dish from the American deep south called Savannah red rice is very similar – many believe it was taken to the new world from here and adapted by the Creole people.

This famous dish from the volcanic archipelago is a stew of slow-cooked corn, cassava, sweet potato, fish or meat.

It is commonly referred to as the country’s national dish and nine out of the ten inhabited islands have their version of the cachupa.

Southern African cuisine is a cultural Technicolor with so many influences mingled in their food.

These are the mainstays on every South African dinner table. Chakalaka is a vegetable dish made of onions, tomatoes, peppers, carrots, beans, and spices, and is often served cold. Pap, meaning ‘porridge’, is similar to American grits and is a starchy dish made from white corn maize.

While not as sweet, biltong and American beef jerky share some similarities.

Bobotie, a dinner-time favorite, consists of spiced mince, an egg-based topping, and traditionally raisins or sultanas that are added to the mixture.

The dish has a sweet taste, a Cape Malay influence, and it includes curry, turmeric and often almonds.

This is traditional Afrikaner fried dough bread. It is either served filled with cooked mince or with syrup, honey, or jam.

It is similar to the Caribbean Johnny cake, the Dutch oliebol, and the Mexican sopaipillas. The word vetkoek means “fat cake” in Afrikaans.

It is traditionally cooked in a round, cast iron, three-legged pot.

Boerewors a type of sausage which originated in South Africa, is an important part of South African cuisine and is popular across Southern Africa

Bunny chow, often referred to simply as a bunny, is a South African fast food dish consisting of a hollowed-out loaf of white bread filled with curry. 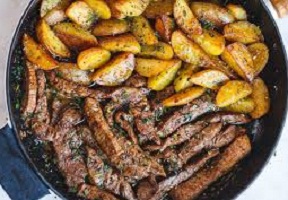 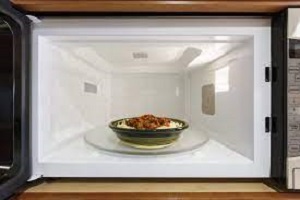