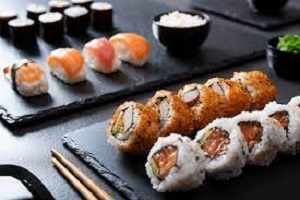 Types of sushi ~ The Different kinds of Rolls Explained

These types of sushi are the foundations of Japanese cuisine. Remarkably, sushi originated in Chinese paddy fields, where the harvested rice is used to ferment fish.

The dish is known as narezushi, and it served as the prototype for sushi and many of its variations.

Sushi is now a popular cuisine in many countries, available in both grocery stores and restaurants.

It originated in Japan and is regarded as a highly artistic and skilled type of Japanese cuisine.

Sushi is made with raw and cooked fish, vegetables, and vinegared rice. Soy sauce, wasabi, and pickled ginger are common side garnishes.

Sushi has undergone numerous changes throughout history, resulting in its diversity, and is now available in a variety of sizes and shapes.

Sushi ingredients also differ between types, making it difficult for some people to determine whether sushi contains gluten.

The Sushi would be a strong contender if the perfect food recipe existed.

It’s healthy, convenient, and there are an infinite number of flavor combinations to experiment with.

Sushi is also as beautiful to look at as it is to eat. It’s no surprise that sushi is one of the world’s most popular international dishes.

If you want to open your own sushi restaurant or add sushi to your current menu, keep reading to learn about the various types of sushi.

What are the 3 main ingredients in sushi?

Sushi at its best is made with three simple ingredients: raw fish, a nori sheet, and sushi rice.

What are some sushi dishes?

What are good fillings for sushi? 8 Popular Filling And Topping for Sushi

Sushi food price ~ how much does sushi cost?

In general, a meal at an average sushi restaurant costs between $20 and $30 per person before tax and tip.

What Is Sushi Vinegar?

Sushi requires that the rice be prepared with a specific type of vinegar. Rice vinegar, salt, and sugar are combined to make sushi vinegar.

This imparts the rice’s distinct flavor as well as a sticky texture that holds its shape when molded.

Sushi may be spelled differently on some sushi menus, beginning with a “z.” When referring to specific types of sushi, sushi becomes zushi in Japanese.

The Maki-sushi, for example, becomes maki-zushi. The only distinction between sushi and zushi is pronunciation.

One of the best aspects of sushi is that there is something for everyone.

You don’t even have to like raw fish to appreciate the perfection of an avocado roll.

Continue reading to learn about the various types of sushi and the common ingredients.

Today we’ll look at the various types of sushi available so you can feel more prepared when visiting a sushi restaurant.

In restaurants, there are six main types of sushi. If you understand the fundamentals of these, you should be able to interpret a menu much more easily than if you did not.

Below are the six different types of sushi and what their basics consist of.

At sushi restaurants, sashimi is a popular dish.

Raw fish is served in long rectangular slices known as hira-zukuri as sashimi.

Nigiri is a type of sushi that consists of molded structures of vinegared rice topped with raw fish slices.

Nigiri is long and thin enough to be eaten with your hands.

Although the simplicity of this sushi is loved by many and allows you to enjoy the most flavors from the fish, not all nigiri is made with raw fish.

Chirashi, which translates to “scattered,” is similar to sashimi in many ways.

You will be served a bowl of vinegared vegetables.

The chef will usually select the fish to provide a surprise element.

Fruit and vegetables are occasionally added to this dish.

Maki is one of the more well-known types of sushi available in supermarkets and restaurants.

The Maki is a type of rolled sushi that is cut into bite-size pieces and wrapped in a thin layer of nori.

The fillings will be in the Maki, which will be wrapped in vinegared rice in the nori.

The filling is composed of vegetables, fish, or other types of meat.

Uramaki is similar to Maki, but the rice is on the outside rather than the inside of the nori. The filling will be wrapped in nori.

This type of sushi frequently comes with a variety of toppings and sauces into which you can dip the pieces.

Temaki is another type of sushi roll, although they are made by rolling the nori into a cone shape.

After that, the cone is filled with rice, vegetables, and fish. Hand rolls are another name for them.

Temaki is too big to eat with chopsticks, so it’s usually eaten with your hands.

What Are the Differences Between Sushi, Sashimi, and Nigiri?

Finally, while the majority of sashimi is raw fish, some sashimi is not raw and is not fish.

Unagi, for example, is cooked freshwater eel, and sashimi also includes other types of seafood, as you will see below.

Sushi rolls have been more westernized than other types of sushi, possibly due to their aesthetically pleasing appearance or the fact that they are easier to eat.

The United States has developed its own distinct take on Maki sushi, which is both tasty and non-traditional.

The most popular sushi rolls found in grocery stores and restaurants are listed below.

The Nigiri is a dish that falls somewhere between sashimi and sushi. The nigiri is a type of sashimi served on a molded rectangle of rice.

California rolls are a type of Uramaki in which rice is wrapped around the outside of the nori. Sesame seeds are commonly used in vinegared rice.

Spicy Tuna rolls, which have rice on the outside of the nori, are also a type of Uramaki. Raw tuna is mixed with spicy mayonnaise inside the nori.

For the vegetables, avocado and cucumber are frequently paired with these rolls.

These fillings are wrapped in nori and vinegared rice.

Tempura rolls, like California rolls and Spicy Tuna rolls, have rice on the outside of the nori. The filling consists of tempura-fried shrimp and various vegetables.

The shrimp are frequently served with their tails still attached to make them more visually appealing.

Dragon rolls are similar to tempura rolls in that they contain tempura-fried shrimp, cucumber, and avocado.

The rice is also mixed with sesame seeds on the outside of the nori.

However, dragon rolls do not end there. In addition, they are topped with a thin slice of avocado and drizzled with spicy mayonnaise and unagi sauce.

Given that you only get one chance to make a good first impression, picking the right restaurant for your first sushi experience is critical.

First and foremost, you must select a restaurant with a good reputation and high-quality dishes.

Sushi is traditionally consumed while the fish is still raw. This maximizes the flavors and textures available from the raw fish.

However, some sushi restaurants serve it cooked rather than raw, which could indicate that the ingredients are of lower quality. Cooking the fish will hide this flaw.

Sushi should also be made to order rather than sitting out for an extended period of time.

If the nori is crispy with a toasty flavor, you can tell if your sushi is fresh or not. If it’s soggy, the sushi has most likely been sitting for too long.

Despite our best efforts, this article will not teach you everything there is to know about ordering sushi.

As a result, you’ll need your server to be knowledgeable about what’s available. You should go somewhere else if the server cannot tell you what is in each dish.

When you’re a beginner, ordering sushi can be a stressful experience because you don’t want to look like a fool.

However, try to relieve some of the pressure on yourself by simply asking your server for assistance.

You are not the first, and you will not be the last. It’s far better to swallow your pride and order something you’ll really enjoy than to hope for the best and have it fall flat.

You can also give the chef your order. This is known as omakase ordering, and it allows the chef, who knows the food best, to place your order.

However, don’t go overboard and order everything on the menu; otherwise, you might end up wasting money on things you don’t like.

You’ll be able to see what the chef is doing to prepare your meal if you get a seat near the sushi bar.

Although not everyone enjoys this position, we believe that seeing the food being prepared enhances the sushi experience even more.

You can also ask the chef questions about the dishes to see if it’s something you’ll like.

Eat your sushi rolls or nigiri with your hands if you want! This is how many Japanese people eat their sushi.

When eating nigiri, it’s also a good idea to turn the roll upside down to avoid absorbing too much soy sauce into the rice.

We hope you’ve learned something useful about the various types of sushi and feel more confident ordering at a sushi restaurant.

While it is acceptable to ask the server or chef any questions you may have, going in with a basic level of knowledge will certainly make you feel more at ease and make the experience more enjoyable.

Even if you live a vegan lifestyle, there is delicious sushi available to you!

Now go out there and eat some sushi! 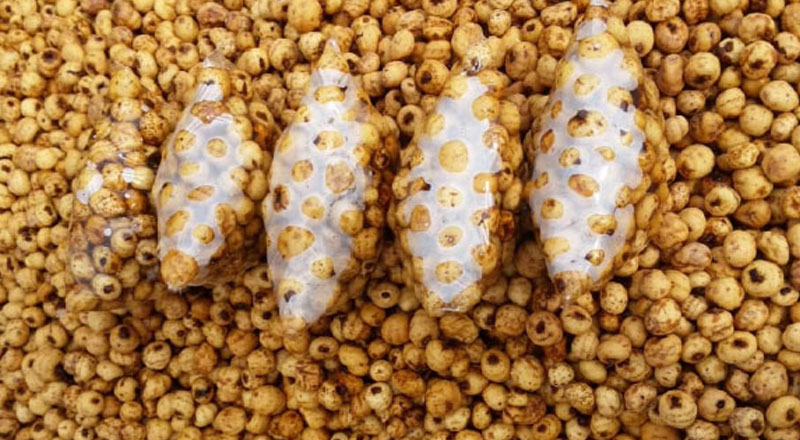 Tiger Nuts: All You Should Know Plus Health Benefits 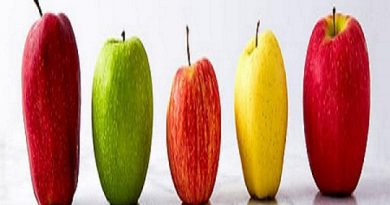 Fiber in Apple – Why You Should Never Peel Apple Skin 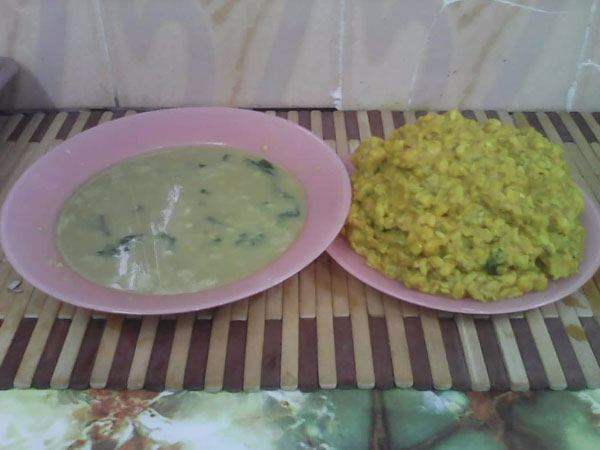 Great Nutrients ‘Ukwa’ In Your Diet Can Give You