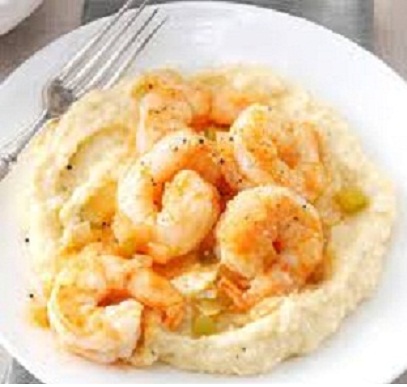 Shrimp and grits is a classic Southern staple. Its origin is from the South Carolina coast, during the season when shrimp were plentiful.

Shrimp and Grits go together like akara and pap, roasted corn and peas, soaked garri and roasted groundnut, etc.

Cheesy grits or grits in a breakfast casserole are topped with bacon, peppers, and juicy shrimp to create a favorite combination.

I used to see this combination as a typical 5-star hotels / Charleston restaurant dish that is flavorful, Cajun style and out of reach!

Everyone-regardless of where you are from should know how to make this simple recipe at home.

For how to make grits, please read;

How to Cook Perfect Grits: A Southern Classic

It’s now time to go over the step-by-step for how to make the shrimp but first let’s learn how to devein shrimp.

Shrimp and Grits – How to Peel and Devein Shrimp in Shell

The easiest method is by making a slit along the middle of the back with a small sharp knife to pull the dark vein.

The 2nd technique is by using a skewer to devein shrimp for maintaining maximum juiciness without cutting the back of shrimp open.

Sometimes rinsing the shrimp under cold running water is not enough to completely clean shrimp.

After deveining shrimp, the Japanese wash shrimp in potato starch.

It sounded like a very intriguing method and we just had to learn more. Here’s what Chen explained on her blog:

While deveining shrimp is not imperative but preferred for some reason.

The dark vein contains the shrimp’s undigested food and that does not always sit well with people.

They are easier to cook and have a meatier texture that holds up well with the creamy soft grits.

How to Make Best Shrimp and Grits Recipe

This traditional low country recipe uses bacon and is served with a simple sauce.

It makes use of stone-ground grits with cheese (nonetheless, it’s easy to adapt to without bacon, or other flavors and ingredients).

While they’re cooking, sauté some bacon, cook the shrimp in the bacon grease, then make a simple butter sauce in the same pan!

Then, sprinkle with the chopped bacon and some sliced green onions. Simply delicious!

Nutrition: Calories in Shrimp and Grits

Sautéed greens such as kale, collards, or chard, that has a bit of vinegar in it to balance the richness or a green bean salad with a vinaigrette dressing. Happy eating!

Grits absorb water, broth, and milk much better than cream, so if you like yours with whipping cream, just add a touch at the end to smooth out the texture.

Cooked grits dishes can be frozen for a filling side or main dish.

Cheesy grits and other savory combinations such as shrimp and cheese grits freeze particularly well.

Place cold grits in a bowl and add a splash of water or milk.

Reheat in the microwave a minute at a time, stirring frequently, until it warms and becomes creamy again.

When nearly ready, add the shrimp to the bowl and microwave about another minute or so until hot.

Stone-ground varieties are more nutritious, as they undergo less processing than quick, regular, or instant types.

Although grits are fairly healthy, they are typically served with high-calorie ingredients.

Shrimp and Grits near Me in Lagos – Where to Buy? 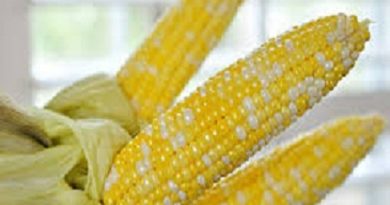 Nigerian Corn on the cob: How to cook by Boiling 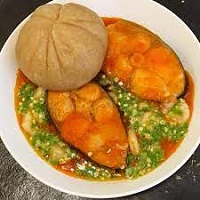 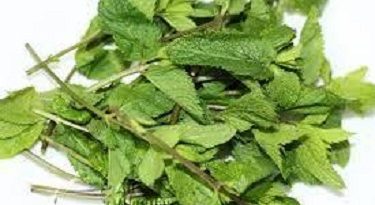