Corn Flour Vs Cornmeal Differences: How Do They Compare?

While both cornmeal and corn flour are created from milled, dried maize, their textures are vastly different.

Cornmeal has a grittier texture than corn flour, which is fine and silky. The texture of corn flour is determined by the degree of grinding in the mill: corn flour is finely ground, whereas cornmeal is coarsely ground.

Corn flour is sometimes eclipsed by cornmeal, its grittier relative. Corn flour can be found in the baking section of the grocery store, but you may not know what to do with it.

As it turns out, there are a slew of reasons to have this ultra-fine flour on hand.

Find out everything you need to know about corn flour, including how to use it and distinguish it from cornmeal and cornstarch, right here.

Maize flour is made from dried entire corn kernels processed into flour. It is a whole grain flour since it contains the hull, germ, and endosperm of the corn.

Maize flour is often yellow, however depending on the type of corn used, it can also be white or blue. It has a fine and smooth texture, akin to whole wheat flour.

Corn flour, like all flours, improves the texture of baked dishes and other foods. It’s frequently coupled with a binder, like as eggs, to give it shape.

The flour has a bland taste when eaten fresh, but when cooked by baking, frying, or grilling – it develops an earthy, sweet flavor.

Corn flour can be used in a wide range of recipes, including breads, muffins, waffles, pancakes, battered and fried delicacies, blinis, and many others.

Corn flour should not be confused with masa harina, a Mexican staple flour used to make tortillas, tamales, and pupusas.

Masa harina is formed from finely ground maize kernels that have been steeped in limewater, or calcium hydroxide, and has a fine, silky texture.

Maseca and Bob’s Red Mill are two well-known masa harina makers, both of which are available in large supermarkets.

What Is Cornmeal? Corn Flour Vs Cornmeal

Cornmeal is made from yellow corn kernels that have been dried and ground. No, not the luscious ears of corn that are consumed throughout the summer.

Corn used to manufacture cornmeal comes in a range of varieties. Because of its high starch content, this form of corn is known as dent corn.

Store-bought cornmeal comes in a variety of textures, ranging from coarse (where it’s only ground twice) to fine (where it’s ground several times to an almost powder-like texture).

Stone-ground cornmeal contains both the germ and the bran, making it less shelf-stable than cornmeal that has been degerminated.

White corn is used to make white cornmeal. It also has a lower vitamin A content than yellow cornmeal. White cornmeal is more common in the southern United States, but it isn’t as tasty as golden cornmeal.

Blue cornmeal is a closely related but distinct cuisine from white and yellow cornmeal. The protein level of BlueCornmeal is high. Cornmeal with a stronger flavor than the other two varieties.

Yellow corn is often sweeter, so yellow corn flour has a richer flavor and is preferred in baking.

While both cornmeal and cornflour are created from milled, dried maize, their textures are vastly different. Cornmeal has a grittier texture than cornflour, which is fine and silky.

Corn flour is finely ground, while cornmeal is coarsely ground, and the amount of milling influences the texture of the flour. Both types of flours are available from unusual grain purveyors such as Bob’s Red Mill.

Corn flour and cornmeal can be used interchangeably in recipes, although the results will be slightly different if one is substituted for the other.

If you’re preparing pancakes or muffins, for example, use cornmeal instead of cornmeal.

Corn flour, on the other hand, gives baked foods like cornbread a finer, less crumbly texture than cornmeal.

How to make corn flour

Making corn flour at home may be daunting, but it’s lot easier than you may think. The only thing you’ll need is maize, which must be dried first.

Traditional methods entail drying corn in the sun and removing it from the cob; however, there is a much easier way to do so than passing it through a grain mill.

Popcorn kernels and a high-powered blender, such as a Vitamix or Blendtec, are all you need.

The type of blender you use is important because the blades must be strong enough to grind the kernels.

You can use your usual blender container and blades, but you may want to invest in a dry-grains container designed specifically for grinding whole grains.

Corn flour is a versatile ingredient that may be used to enhance the texture and flavor of a wide range of foods. The cornflour can be used to bread fried fish or okra, added to waffle or pancake batter for a hearty breakfast, or baked into bread, muffins, or cakes.

Corn flour can also be combined with other flour including cornmeal, all-purpose flour, and whole wheat flour.

Cornmeal is a coarse flour formed from whole maize kernels that have been ground. Depending on the variety of maize, there are several sorts of cornmeal.

White cornmeal, for example, is manufactured from white corn, whereas yellow cornmeal is derived from yellow corn.

The texture and consistency of maize flour and cornmeal differ significantly. Cornmeal comes in a variety of textures, ranging from coarse to fine, and is manufactured by drying and grinding dent corn. It’s coarser in texture than maize flour.

However, once the textural differences between the two are taken into consideration, maize meal and corn flour are essentially the same substance and can be used interchangeably.

While corn flour can be substituted for cornmeal in some recipes, it all depends on the recipe and the desired outcome.

Corn flour cannot be substituted for corn flour in grits and polenta, which are formed from various types of pounded cornmeal.

This is due to the fine texture of cornflour. If cornmeal is used to thicken a dish, corn flour can be used instead.

The cornmeal: Corn Flour Vs Cornmeal

Cornmeal is a basic food for people all over the world. Porridge recipes, such as Italian polenta or Southern-style grits, use cornmeal as the major ingredient.

Cornbread, muffins, tortillas, and flatbreads can all be made using this gluten-free ingredient.

The cornmeal is used in the filling of chess pie, a traditional Southern delicacy made with butter, sugar, wheat flour, and cornmeal in a pie shell.

Corn flour is a fine powder formed from dried corn kernels that has been ground (maize).

The cornflour is naturally gluten-free, so baked goods produced with it will not provide the same results as those made with wheat flour, but they will be delicate and flavorful.

The cornflour is a common gluten-free flour for wheatless baked items, such as bread and waffles.

Corn flour has long been used to cover fried dishes, such as shrimp, in the southern United States.

Without the grittiness of cornmeal, it gives a delicious corn flavor and crunchy crunch.

Cornstarch is derived from a flavorless section of the kernel and has no flavor, making it ideal for thickening applications.

Corn flour is used primarily for baking, whereas cornstarch is used to thicken sauces and soups.

Cornstarch is made from the endosperm, which has been stripped of most of the nutrients; it’s primarily carbs and has a high starch content.

Corn flour and cornmeal can be used interchangeably in recipes, although the results will be slightly different if one is substituted for the other.

If you’re cooking pancakes or muffins, for example, using cornmeal instead of corn flour will result in a grittier texture.

Is there anything else I could use instead of cornflour? Alternatives to cornflour

In place of maize flour, a variety of thickening agents can be employed.

Is cornmeal the same as corn flour? Corn Flour Vs Cornmeal

Corn flour is commonly confused with cornmeal, which is a coarser milled flour in the United States. This dish also has corn kernels in it.

Cornmeal has a more intense corn flavor than corn flour. Cornstarch, on the other hand, is essentially flavorless and serves as a texture enhancer rather than a flavor enhancer.

How do you make corn flour from cornmeal? Corn Flour Vs Cornmeal

It’s as simple as reducing the grain size to make corn flour from cornmeal. All you have to do is use a food processor, blender, or grain mill to grind cornmeal into a fine powder.

Can I make cookies with cornmeal instead of flour? Corn Flour Vs Cornmeal

Cornmeal can be used in place of flour, but only to a limited extent. It can be breaded, but it cannot be used to thicken soups or sauces.

Cornmeal is not as dense as flour, so if you’re baking with it instead of flour, you’ll need to substitute it by weight rather than volume.

What is the best way to make corn flour without corn? Corn Flour Vs Cornmeal

Making slurry with cornstarch and water, then pouring it into a cooking liquid, is a tried-and-true sauce-making method.

Instead of cornstarch, use arrowroot powder or tapioca starch; just make sure to utilize the sauces right immediately.

What is the best way to make corn flour? Corn Flour Vs Cornmeal

This is where you should put corn that has attained maturity. Allow 5 minutes in boiling water with corn on the cob 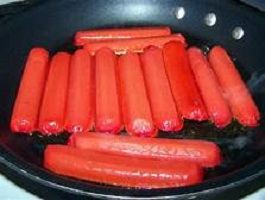 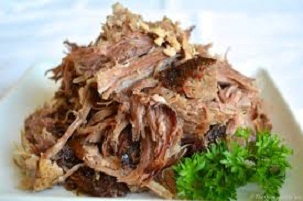 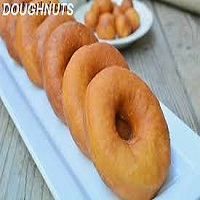