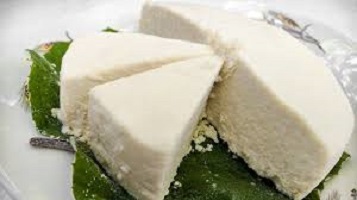 You’ll adore the popular Mexican cotija cheese if you like salty, crumbly cheese. It’s one of my favorites and I use it frequently in my dishes.

Cotija cheese is a crumbly Mexican cheese that can be found in a variety of dishes. Everything from refried beans to elote benefit from its salty, sour flavor.

Let’s have a look at this delectable Mexican cheese, as well as the various methods to consume it!

Cotija Cheese is a cow’s milk cheese made in Mexico that is used to top everything from soups to tacos to salads.

The cotija cheese’s mild and tangy flavor has made it a staple in many Mexican states, particularly Michoacán, where it originated.

Cotija cheese is traditionally aged for 100 to 12 months, which helps to dry it out (it doesn’t melt when heated), making it ideal for crumbling or grating over dishes.

What is Cotija Cheese?

Cotija is a crumbly Mexican cheese made from cow’s milk that has a salty flavor.

Cotija cheese is named after the town of Cotija in the state of Michoacan, and it comes in two varieties: fresh and aged (or aejo). It’s commonly used as a topping for elotes, or grilled corn.

Despite the fact that both sorts are salty, the fresh version is soft, whilst the aged version is much tougher, similar to Parmesan.

Cotija can be found in most Mexican supermarkets. Try these substitutes if you don’t have it on hand.

Parmesan is an Italian hard cheese that can be used to replace crumbled cotija when grated.

Parmesan cheese, unlike cotija, melts and is slightly less salty, so taste your dish and season with sea salt if necessary.

It has a crumbly texture that is more akin to cotija than the other cheeses on this list.

Different Ways to Use Cotija Cheese

Cotija cheese has a savory, salty flavor and a crumbly texture that goes well with a range of dishes.

The cotija should be added to meals at the last minute because it does not melt. Cotija cheese is commonly served in the following ways:

These two Mexican kinds of cheese are frequently interchangeable in recipes, though queso fresco lacks the same deep tang as cotija cheese.

Both are made with cow’s milk and have a nice crumble, so they’re great as a condiment or tasty garnish.

The primary difference between these two types of cheese is their age.

Cotija cheese takes three to a year to mature, whereas queso fresco, which means “fresh cheese,” is ready to consume practically immediately.

These are the most widely available Mexican cheeses in grocery stores around the world.

Elote and esquites, which combine grilled corn with lime-tinged crema and finely grated cotija, are two of the most popular cotija cheese dishes.

Some recipes call for either cotija cheese or queso fresco, a milder and softer Mexican cheese than cotija.

Cotija has a greater body and a stronger bite, which allows it to stand up to the chili powder and corn sweetness better. Cotija can be used in a variety of ways.

This cow’s milk cheese goes well with almost any cuisine, but it’s especially good with hot tomato or chile-based foods and citrus-based dishes.

When grated finely, it has an adhesive characteristic that works well when you want the cheese to attach to meals.

It looks and tastes great on black bean soup, chicken mole, Mexican street tacos, and nachos, among other things.

How to Cook With Cotija Cheese

Cotija, unlike most cheeses, does not melt when heated.

This makes it a fantastic component for topping a hot meal when you want the color and shape of the cheese to keep the same.

Cotija cheese is frequently used as a garnish, but it’s also worth trying on its own, even if you’re not making a Mexican dish.

The cotija makes a great salad cheese and may also be used in meatballs, vegetarian burgers, and other dishes where feta is the major dairy ingredient.

Cotija cheese is delicious on its own or as part of a charcuterie board.

The flavor of Cotija cheese is comparable to that of feta cheese: strong, acidic, and salty.

Cotija that is younger can be crumbled or chopped up to provide a unique flavor to a dish, whilst older cotija is great for grating.

It isn’t creamy cheese at all. It has a chewy texture and a heartier, fluffier mouthfeel.

Cotija cheese recipe is more of a garnish than a recipe’s main ingredient.

Enchiladas, salads, scrambled eggs, guacamole, and soups all benefit from a fresh and creamy coating.

Add a handful of cheese on top even if the recipe doesn’t call for it.

Where can I Buy Cotija Cheese?

Cotija cheese is available in many large supermarkets, particularly those with a diverse selection of international products.

The latter has a fine texture, similar to fluffy snow, and is ideal for coating elote or topping enchiladas.

Refrigerate the cotija cheese in an airtight container until ready to use.

Cotija is frequently sold in pre-grated packets with a resealable cap. If not, place the cheese in a sealable bag or container.

It should last for around a month, depending on how long the cheese has been cured. Cotija that has been aged may survive much longer. If the cheese develops mold or has an off-odor, it should be discarded.

Feta is a fantastic substitute for fresh cotija cheese. Parmesan or Romano cheese is a decent alternative for aged cotija cheese.

Feta cheese has a crumbly texture and a salty flavor comparable to cotija cheese, but it’s usually easier to come by.

This alternative is widely accepted in the culinary world, yet cotija has a distinct flavor that is well worth the wait if you can obtain it.

Cotija is a mild, salty cheese made from cow’s milk.

It’s dubbed “Mexican Parmesan” for its ability to bring salt, oil, and umami to a wide range of Mexican dishes. Other cheeses have a saltier flavor than Cotija.

Taste: Queso fresco has a milder flavor than cotija and isn’t nearly as salty, especially cotija that has been aged for a long period.

Texture: Queso fresco has a softer, moister texture than cotija, which is drier and more hard.

Cotija is made from cow’s milk and goes through the standard acidity (by lactic acid bacteria) and rennet coagulation processes to become a curd.

Cut the curd, drain it, and press it into a mold.

It’s great in salads, as a burger layer, or as a garnish for your favorite chili dish. The choices are unlimited when it comes to cotija.

Cotija cheese is a sort of cow’s milk cheese named after the municipality of the same name in Mexico.

Unlike queso fresco, which has a mild flavor, cotija can provide a punch to any dish.

That’s why you shouldn’t use too much of it so that the flavor doesn’t become overwhelming.

Cotija softens but does not melt when heated, making it ideal for crumbling and sprinkling.

Of course, it’s most commonly found in Mexican cuisine, where it’s used as a garnish on enchiladas, nachos, tacos, chilaquiles, and posole.

Keep fresh cheeses like Queso Blanco or Ricotta refrigerated in their original packaging.

If properly stored, Cheddar, Feta, Cotija, Mozzarella, and other hard or semi-hard cheeses can last four to eight weeks. 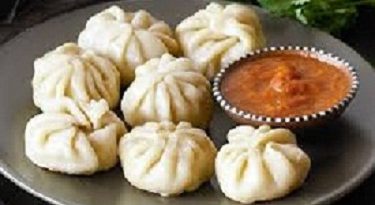 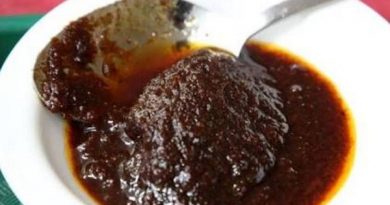 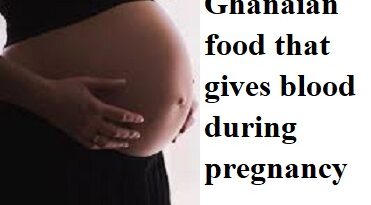