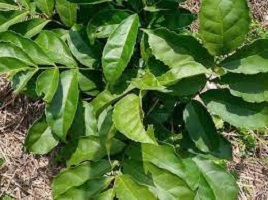 Ewe Akoko for Fertility: How to Use Ogirisi, Health Benefits. Please Watch >>>>

Ewe Akoko for Fertility Botanical Name is Newbouldia laevis, also known as the Ewe Akoko among the Yoruba of West Africa, Aduruku among the Hausa, and Ogirisi/ogilisi among the Igbo is a genus of plants in the Bignoniaceae family endemic to Africa.

In English, it’s known as The Fertility Leaf, and it’s employed for medicinal, herbal, and aphrodisiac purposes.

Some people believe that eating ewe akoko has spiritual benefits, but I’m not going to get into that. Some use it for health reasons, while others use it as part of their religious rituals.

This ewe leaf is good for a woman’s reproductive system. It is used to treat infertility, hormonal imbalances, menstrual irregularities, adhesion (pelvic inflammation or pelvic organ scarring), and other conditions.

What does it mean to be fertile? Ewe Akoko for Fertility

Fertility refers to a woman’s ability to conceive a child.

What is the definition of infertility?

Although the terms subfertility and infertility are frequently used interchangeably, they are not comparable.

Subfertility refers to a delay in conceiving while infertility is described as the inability to conceive naturally after a year of trying.

With subfertility, natural conception is achievable, however, it takes longer than normal.

and manic illnesses are all treated using the root and leaves of this plant.

Akoko boosts sperm production and quality while increasing the count.

Newbouldia laevis maintain an erection and premature ejaculation by increasing blood flow to the genitals.

The leaves are used to make black soap.

Is it possible for Ewe Akoko/Ogirisi to increase fertility? Is Ewe Akoko Good for Fertility?

This Ogirisi plant is used to cure a variety of gynecological disorders, including miscarriage, irregular menstruation, insufficient menstrual flow, menstrual discoloration, painful menstruation, menstrual suppression, and others, according to empirical evidence.

A shortage of or irregular quantity of one or more hormones might delay or block any of the preceding stages, making pregnancy more difficult. Ewe Akoko encourages a healthy hormonal profile, which increases the odds of conception. Hormones have a significant role in female reproduction, particularly those that regulate the menstrual cycle.

In order for a pregnancy to occur, hormones in the body must communicate and govern the production of an egg within the ovary, its release into the woman’s fallopian tube, and the thickening of the uterine lining in getting ready for implantation.

Men, too, appear to be affected by the herb’s anti-fertility qualities.

Although the leaves of Newbouldia laevis modify many reproductive hormones, they should be used with caution by males because they have a tendency to suppress testosterone levels slightly. For men, testosterone is an important hormone.

How to use ewe Akoko for fertility

Herbal medicine practitioners advocate drinking the Ewe Akoko extract a day after your menstruation and continuing for 5 days to boost ovulation and increase your chances of conceiving.

Herbal remedies, despite their “naturally innocuous” reputation, can cause major adverse drug reactions (ADRs), with quick allergic reactions being especially harmful in people who are sensitive to the herbs.

What is the Ewe Akoko fertility leaf called in Igbo?

Ogirisi (botanical name:  Newbouldia laevis) is a plant native to Africa that can also be found in other parts of the world.

The name ‘Ogirisi’ is of Igbo origin. It is known as ‘Ewe Akoko’ in Yoruba and ‘Aduruku’ in Hausa.

What is Newbouldia laevis used for?

According to the literature: A decoction is used to treat coughs, diarrhea, and dysentery, as well as to treat epilepsy and convulsions in children.

As a treatment for constipation and piles, the bark is administered as an enema.

What is the meaning of Newbouldia laevis?

Newbouldia laevis (P. Beauv.) Seem. or “Boundary Tree” is a medium-sized angiosperm in the Bignoniaceae family.

It is native to tropical Africa and is commonly used to mark property boundaries in rural areas in West Africa.

What is the common name for Newbouldia laevis and its uses?

Newbouldia is an African plant genus in the Bignoniaceae family.

It is a monotypic genus that includes the species Newbouldia laevis (common name: boundary tree).

The tree is found throughout West and Central Africa. It is frequently used as a boundary marker.

Does Moringa help with fertility?

Moringa leaves and seeds are high in antioxidants, which may aid in the fight against oxidative damage, which can interfere with sperm production or damage sperm DNA

What do Igbo people call twins?

The Igbo word for twins is ejima.

It is an abbreviation for ejirimara, which means “look-alikes.”

What are the benefits of Umhlonyane?

Is Susumasa safe to take while pregnant?

Susumasa leaves and tree bark are used as uterine stimulants for pregnant women at term.

This is to aid in the delivery process by promoting uterine contraction and making labor more comfortable for the woman.

What is the English name for Nunum?

In Ghana, it is known as “Nunum.” Great for tea, pesto, salads, and dressings

What is the Musasa tree used for?

#The bark contains tannin, which is used in the tanning of hides; a bark extract is used to treat diarrhea, and a decoction is made to treat conjunctivitis.

What is Ogirishi’s English name?

Ogirisi (Newbouldia laevis) is a plant native to Africa that can also be found in other parts of the world.

The name ‘Ogirisi’ is of Igbo origin. The Yorubas call it ‘Ewe Akoko,’ while the Hausa call it ‘Aduruku.’

What tree is used to make medicine?

Tulsi, pudina, curry leaves, and aloe vera plants are well-known for their medicinal properties, but the country is also home to large trees with special significance in Indian Ayurveda. The bahera tree, Albizia lebbeck, Maulsari, Indian Mahogany, and Eucalyptus are also on the list of famous medicinal trees in India.

What exactly is a fertile leaf?

Fertile leaves are always uppermost on the stem apex because they grow and die before the leaf above them unfurls.

What are the health benefits of Nunum leaves?

Which tree has the medicinal cure for malaria?

Cinchona trees have been cultivated all over the world for this purpose.

What herbs make a woman fertile?

Here are a few kitchen herbs to consider if fertility health is on your mind.

What herbs can I drink to get pregnant?

Here is a list of five such herbs that can be helpful.

Using this plant for fertility, especially among women, should be approached with caution due to its proclivity for terminating early pregnancy or causing abortion.

The opinions expressed in this article should not be used in place of medical advice. Please contact your treating physician, for more information 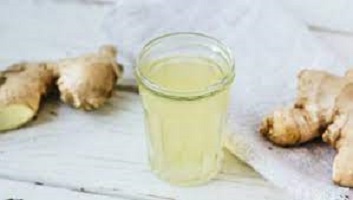 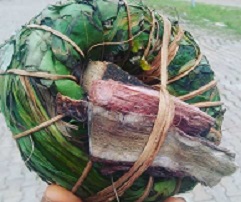 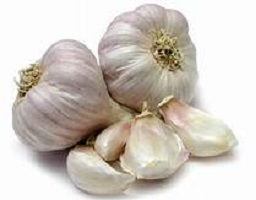