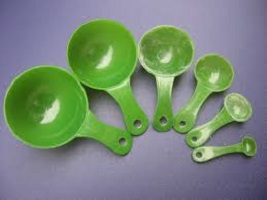 How Many Teaspoons In A Tablespoon? Teaspoon to Tablespoon

It’s necessary to know the basic conversions for dry measurements, whether you’re a seasoned baker or simply want to learn more about cooking.

Nothing is more frustrating than destroying a dish because you used too little or too much spice, salt, or baking powder.

How Many Teaspoons In A Tablespoon? Teaspoon to Tablespoon

So, how many teaspoons in a tablespoon? How many tablespoons in a cup?   We answer all these questions and more in this guide to conversions for imperial dry measurements. We also give you a couple of tips for memorizing these need-to-know conversions.

Teaspoon to Tablespoon – Tsp to Tbsp

Teaspoons (tsp) and tablespoons (tbsp) are two of the most regularly used measurements in recipes.

Tablespoons and teaspoons are volume measurement units that are useful for measuring lesser quantities of ingredients.

Spices, oils, and vanilla extract are examples of items that are difficult to weigh on a scale and are too small to measure in cups.

They are used in both the metric and imperial systems and are crucial in cooking and baking.

How Many Teaspoons in a Tablespoon? Teaspoon to Tablespoon

Memorizing this kitchen fact to save time while dealing with a limited set of measuring spoons or scaling up or down favorite recipes:

Teaspoons and tablespoons are used in the United States and around the world, but they’re not the same. The United States, Liberia, and Myanmar use the imperial system, while the rest of the world uses the metric system.

In the metric system, a metric tablespoon equals exactly 15 mL

While Australia uses the metric system, their tablespoon is a bit different: an Australian tablespoon equals 20 mL (0.68 US fluid ounces)

Because the volume differences are so minimal, American and metric measuring spoons can readily be swapped without significantly affecting a recipe.

What Is a Dessert Spoon?

A dessert spoon is a unit of volume used in the United Kingdom, Australia, Canada, and New Zealand.

At 10 mL, it’s between a tablespoon and a teaspoon in size.

How Many Tablespoons Are in a Stick of Butter?

What Does a Spoonful of Sugar Weigh?

Since tablespoons are a measure of volume, not mass, the weight of a spoonful of sugar depends on what kind of sugar you’re using. In general, however, 1 tablespoon of granulated sugar weighs about 12½ grams.

Reasons Why You Should Know How Many Teaspoons Are in a Tablespoon?

A dish can be ruined by using too many ingredients quantity.

So, if you didn’t have a tablespoon on hand and had a recipe that called for 1 tablespoon of some ingredient, you could use a teaspoon three times to get that same amount.

½ tsp means ½ teaspoon. a mound about the size of a quarter in your cupped hand.

1 teaspoon. a mound about ¼-inch all-around larger than a quarter in your cupped hand OR an “eating” teaspoon about half full.

Within seconds, you can properly determine how many teaspoons are in a tablespoon using these simple methods.

Now you don’t have to fumble with your phone while you’re cooking since your hands are dirty. Your ingredients in the right amount will reach for your recipe. 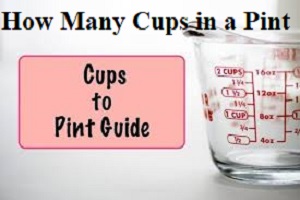 Pints to Cups Conversions ~ How Many Cups in a Pint 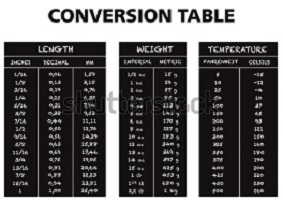 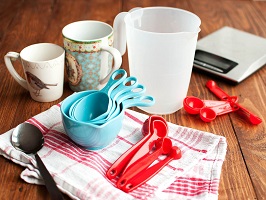