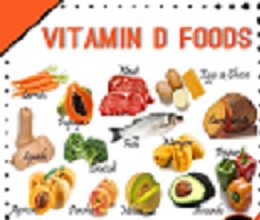 Top 10 Vitamin d Foods to Add to Your Diet.

Vitamin D is both a nutrient that we consume and a hormone that our bodies produce.

It is a fat-soluble vitamin that has long been known to aid the body’s absorption and retention of calcium and phosphorus, both of which are essential for bone formation.

Vitamin D is an essential vitamin that the body requires for calcium absorption, bone development, immune function, and inflammation relief among other benefits.

What Is Vitamin D?

Vitamin D is a fat-soluble vitamin that is essential for many aspects of health.

It differs from other vitamins in that your body can produce the majority of what you require through exposure to sunlight, which is why it’s also known as the “sunshine vitamin.”

It’s also unique in that it acts in the body as a steroid hormone rather than just a vitamin. This is why it is used in everything from weight management to bone health, especially because it aids calcium absorption.

Getting enough vitamin D at any age may be associated with improved bone health, weight control, improved brain function, increased immune function, and a lower risk of certain types of cancer.

A lack of Vitamin D can cause rickets, a weakened immune system, an increased risk of cancer, poor hair growth, and osteomalacia.

Excess vitamin D can cause the body to absorb an excessive amount of calcium, increasing the risk of heart disease and kidney stones.

Vitamin D levels are sometimes expressed in IU (International Units). When this occurs, keep in mind that 1mcg=40IU for Vitamin D.

Vitamin D is also produced by the body when exposed to sunlight and is thus known as the sunshine vitamin. This accounts for roughly 90% of our total vitamin D, with food accounting for the remaining 10%.

Depending on where you live, 20 minutes of sun exposure per day is sufficient to meet your vitamin D needs.

Few foods contain vitamin D naturally, though some are fortified with the vitamin. Because it is difficult to consume enough vitamin D through food, most people prefer to take a supplement.

Both are naturally occurring forms that are produced in the presence of ultraviolet-B (UVB) rays from the sun, hence the nickname “the sunshine vitamin,” but D2 is produced in plants and fungi and D3 in animals, including humans.

The best way to increase your calcium intake is through diet. You’re probably aware that dairy products, such as milk, cheese, and yogurt, contain calcium.

Other calcium-rich foods include:

Importance of Vitamin D and Calcium

Vitamin D is required for calcium absorption in the body. This is essential for maintaining bone strength and skeletal integrity.

Getting enough vitamin D and calcium is essential for bone health and preventing diseases like osteoporosis, which is characterized by weak, brittle bones.

How Much Do You Require?

The Institute of Medicine recommends the following amounts of calcium and vitamin D per day.

How Much Do You Need?

Here’s how much calcium and vitamin D you need each day, according to the Institute of Medicine.

Your doctor may advise you to take more calcium and vitamin D, especially if you are deficient in these nutrients or are at risk of osteoporosis

Some people will not produce enough vitamin D from sunlight because they receive little or no sunlight.

The Department of Health and Social Care recommends that adults and children over the age of four take a daily vitamin D supplement containing 10 micrograms of vitamin D throughout the year if they:

If you have dark skin, such as if you are African, African-Caribbean, or South Asian, you may not produce enough vitamin D from sunlight.

The top 10 foods highest in vitamin D by common serving size are listed below; for more information, see the nutrient ranking of 200 foods high in vitamin D.

Nutritious Foods That Are High in Vitamin D

Increasing your intake of vitamin D-rich foods is one of the most effective ways to prevent deficiency and promote overall health.

Fish such as salmon, mackerel, and sardines are high in vitamin D, as are fortified dairy products, some mushrooms, eggs, caviar/fish roe, and fortified orange juice and cereals.

While vitamin D foods can help you meet your requirements, sunlight exposure is still the best way to keep your levels normal. It is most effective to spend 10 to 20 minutes in the sun at least several times per week.

You can also increase your intake by including a D3 supplement in your diet while still focusing on dietary sources.

What food is highest in vitamin D?

The flesh of fatty fish and fish liver oils are the best sources. Egg yolks, cheese, and beef liver all contain trace amounts.

Which fruit is rich in vitamin D Food Chart?

How can I increase my vitamin D naturally?

Which vegetable is high in vitamin D?

Eggs contain one of the highest amounts of vitamin D of any food, with two eggs providing 82% of your daily recommended intake.

Because vitamin D is found in a few foods naturally, many foods are fortified with it. Sunlight is another source of vitamin D.

Although carrots lack vitamin D, they do contain other nutrients that are beneficial to your health.

Are bananas high in vitamin D?

There is no vitamin D in banana. However, they are high in magnesium. What’s more, guess what?

One of the many reasons you need magnesium is that once your vitamin D is in your bloodstream, magnesium activates it, making magnesium a must-have in order to reap the many benefits of vitamin D.

What are the signs of a vitamin D deficiency?

Symptoms of low vitamin D may include:

What causes a lack of vitamin D?

The two most common causes of vitamin D deficiency are:

You are not getting enough vitamin D from your diet or from sunlight. Your body isn’t absorbing or utilizing vitamin D properly.

What can I drink to increase my vitamin D levels?

Plant-based milk fortified with vitamin D, such as soy and almond, can provide comparable amounts.

How can I get enough vitamin D each day?

Although vitamin D is not naturally present in many foods, it can be obtained through fortified milk, fortified cereal, and fatty fish such as salmon, mackerel, and sardines.

When direct sunlight converts a chemical in your skin into an active form of vitamin D, your body produces it as well (calciferol).

What is the healthiest way to get vitamin D?

According to Kennedy, healthy vitamin D food sources include fatty fish such as cod and salmon, yogurt, fortified milk, and orange juice.

Oatmeal. Oatmeal, like most whole grains, is an excellent source of vitamin D.

Aside from that, oats are high in essential minerals, vitamins, and complex carbohydrates, all of which our bodies require to stay healthy and fit.

Hard-boiled eggs are also high in vitamins A, D, calcium, and iron. Because eggs contain saturated fats, they can raise your LDL cholesterol levels.

How can I increase my vitamin D and B12?

Are potatoes rich in vitamin D?

While potatoes lack vitamin D, they are high in several other nutrients.

Potatoes are high in potassium, an electrolyte necessary for fluid balance; iron, a mineral that aids in oxygen transport to all cells; and B vitamins, which work together to keep your metabolism running.

What to do when vitamin D is low?

Here are three ways to increase your intake:

Which fruit is rich in vitamin D?

Oranges are high in vitamin D because their juice is fortified with calcium and vitamin D. This is one of the best vitamin D sources for people who are lactose intolerant and cannot consume milk or dairy products.

What is a vegetarian’s source of vitamin D?

Mushrooms are the only adequate non-animal source of vitamin D, aside from fortified foods.

When exposed to UV light, mushrooms, like humans, can synthesize vitamin D.

The Vitamin D tablets ~ which tablet is best for vitamin D?

A lack of vitamin D can cause bone density loss, which can contribute to osteoporosis and fractures (broken bones).

Severe vitamin D deficiency can also lead to the development of other diseases. It can cause rickets in children.

Rickets is a rare disease in which the bones soften and bend.

Fatigue. Bone ache. Muscle aches and cramps are all symptoms of muscle weakness. Changes in mood, such as depression.

Rickets symptoms include the:

How can I quickly boost my vitamin D levels?

Vitamin D Supplement ~ what is the purpose of vitamin D supplement?

Getting enough vitamin D is important for normal bone and tooth development, as well as improved resistance to certain diseases.

Conclusions: As a result, at this latitude, exposure to sunlight between 11 a.m. and 2 p.m. will promote vitamin D production in the skin all year. 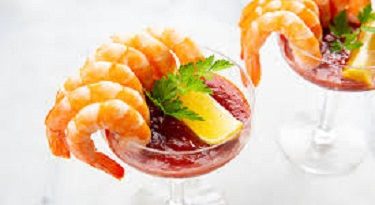 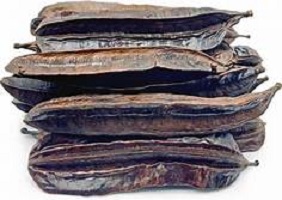 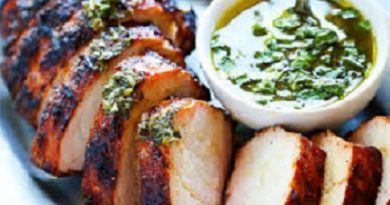 What Are The Main Benefits Of Turmeric?

How to Store Apples for a Longer Period