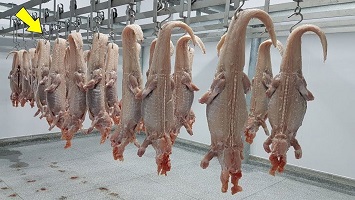 Are you in a restaurant where crocodiles are on the menu? Perhaps you just came upon it at your local supermarket and are wondering if it’s worth your money? Continue reading to learn everything there is to know about crocodile meat.

Anyone For Crocodile Meat?

Crocodile flesh has a distinct flavor, and while it may be too expensive to consume on a daily basis (depending on where you live), it is definitely worth tasting at least once!

The meat is fairly white, similar to fish meat, and easily forks away from the bone. The flesh flaked off a little, but not as much as pig or beef ribs.

The rib bones were white and translucent, with a darker marrow in the center, similar to huge fish bones.

The crocodile industry is dominated by Australia, which accounts for 60% of world trade. Crocodile meat is often imported into China, where it is used in specialty Chinese cuisine and medicinal soups. It is considered to strengthen the immune system and treat illnesses.

It is considered to strengthen the immune system and treat illnesses.

This is a frequent expression for most unusual meats, but it’s kind of true this time.

Crocodile flesh has a mild taste and is frequently mistaken for chicken. It may have a slightly fishy flavor depending on where the croc was caught and how it was handled.

When compared to beef or lamb, its white flesh has a strong, sensitive feel and breaks away easily. It will not, however, disintegrate as easily as fish. Calamari is a common comparison.

The cut, as with other meats, affects the quality and taste, therefore selecting a decent cut and properly cooking it is critical. Some individuals complain that crocodile flesh is difficult or chewy, however, this is mainly due to overcooking.

One crocodile’s flesh sells for $50 to $69 (approximately, 30,000 – 35, 000 Nigeria Naira) while the animal’s skin may fetch an additional dollar when fashioned into shoes, purses, and belts.

Does a crocodile have the same taste as an alligator?

The flesh of crocodiles and alligators has a taste that is sometimes comparable to chicken. Crocodiles, on the other hand, are raised in seawater and have a mild fishy flavor, whilst gator flesh has a gamier, swampy flavor.

Brining the flesh of any reptile in milk and salt for several hours will mask these tastes.

Crocodile meat is considered nutritious meat with many benefits since it is lean, low in fat, and rich in protein.

What countries eat crocodile meat the most?

Many folks in southern China, have tasted the chicken-like flesh out of curiosity or for therapeutic purposes.

This demand is part of the cause for Africa’s current crocodile farming obsession, with China, Hong Kong, and Taiwan accounting for 85 percent of all crocodile exports.

To sum it up

Crocodile flesh is remarkably comparable to chicken or calamari, despite the fact that they are reptiles. It has a sensitive, soft texture that is simple to eat when cooked properly.

Is it worthwhile to spend so much money on it? We don’t believe so, based on our experience. While the meat lacks any strong or overpowering aromas, it also lacks a “wow factor.”

If you’re searching for a special treat, paying a little extra for blue crab or lobster is a terrific idea. Crocodile, on the other hand, does not provide a similar delectable menu. It’s absolutely worth trying if you can get it at a fair price, perhaps something similar to chicken.

Bodybuilders and those wanting to lose weight will like the mix of high protein and low-fat meat. Even if they pay a bit more, it may be a good value for this category of customers. 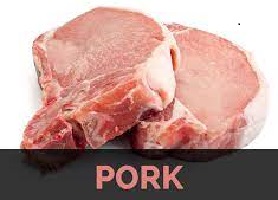