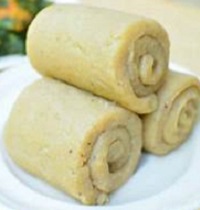 What is African Fufu? – Nigerian Fufu Recipes and Soups

This is where you read about fufu African food, Nigerian fufu and soups, how to make fufu, and all the Nigerian Fufu recipes with soups (video) in one place:

The word “fufu,” which means “mash” or “mix” in the Twi language used in Ghana and the Ivory Coast, is a staple throughout West and Central Africa, as well as the Caribbean.

Fufu is a somewhat sour, spongy dough formed in a huge mortar with a pestle from boiling and crushed starchy food crops including plantains, cassava, and yams — or a mix of two or more.

There are numerous different types of fufu, with each nation having its own favored recipes, such as Nigeria, Cameroon, Togo, Benin, and Sierra Leone.

How Do You Make African Fufu?

To create fufu, you’ll need a very strong machine (or a lot of willpower) to extract the starchy fibers from the root vegetables.

Even my Thermomix can’t produce a flawlessly smooth fufu dough, despite the fact that food processors have gone a long way over the years.

Fufu is still traditionally produced by hand, using a mortar and pestle, with a woman’s fast, agile hands whipping and rotating the mixture while gradually adding water with one hand and pounding the heavy pestle with the other.

This hammering action is what breaks down the fibers into the smooth texture you want (that most home food processors cannot achieve).

The outcome is a sticky dough that is formed into a ball that appears to be ready to bake — but fufu “bakes” in your stomach, filling you up and spreading you out with the wonderful slide and slither sensation.

What Is Fufu Made Out Of? What is the African Fufu Made of

It’s made out of starchy items like cassava, yams, and plantains that have been cooked, mashed, and formed into balls; the pounding procedure, which usually requires a mortar and pestle, may be time-consuming. Fufu is frequently dipped in soups/sauces or served with meat, fish, or vegetable stews.

What Does African Fufu Taste Like? Fufu and Soup

What is the flavor of fufu? Fufu’s flavor varies based on the ingredients used in its preparation, but it’s best described as sour, bland, or tangy.

Below are the different Nigerian Fufu Recipes

The Igbo people are one of Nigeria’s three main tribes, native to the country’s south-eastern and south-southern regions.

Igbos have a variety of traditional soups, all of which are tasty and nutritious.

Fufu is a generic name for food you swallow during the eating process such as Pounded Yam, Semolina, Eba, Amala, Akpu (fufu)

Fufu is usually tasteless, relying on the richness of the soups to elevate the meal.

In this video, I will be sharing with you a variety of popular local soups eaten in Nigeria

Click the play icon then sit back and enjoy the show. 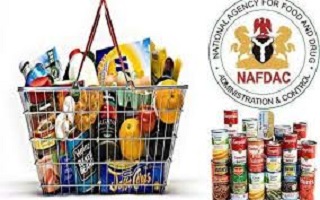 How to Verify NAFDAC Registration Number on Products Online 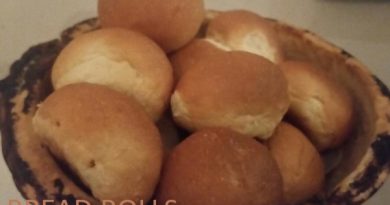