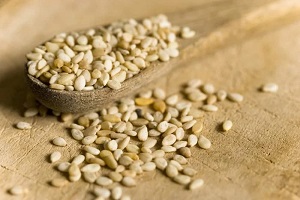 What is Acha (Fonio)?

Acha is a legendary superfood that has been farmed in West Africa for over 5000 years, making it the oldest superfood on the planet.

Fonio Is Known Under Many Common Names:

A member of the millet family, Fonio comes in two varieties:

Digitaria exilis. From Senegal to Chad, as well as in central Nigeria, this white grain grows. Among the two varieties, it is the most common and more easily available outside of Africa.

It’s often known as “hungry rice,”[an inaccurate name coined by Europeans unfamiliar with the crop or the lives of those who used it], and locally as ‘acha’ or ‘acca.’

Though known as “hungry rice” since it was once considered a poor man’s diet. The Acha grain nevertheless, in recent years, has faced stiff competition from other popular grains such as quinoa.

In some African countries, it is highly prized and extremely valuable and is only offered to chiefs, kings, and rare occasions.

Because they mature in 6–8 weeks and supply nourishment during the growing season while many crops are still immature to be harvested, the grains are also known as “Grain of Life.”

Fonio has societal significance in several parts of West Africa.

Fonio was formerly reserved for leaders and nobility in Senegal, Burkina Faso, Mali, and Togo, and was consumed during the Muslim holy month of Ramadan or at ceremonies such as weddings and baptisms.

In some parts of Togo, fonio is used to avoid blood clots after childbirth and to help breastfeeding mothers produce more milk.

Fonio is a culturally important grain in many West African regions, as it is frequently incorporated in ceremonies. Despite its excellent cultivability, it has been underutilized and researched in the past.

fonio is classified as a neglected and underutilized crop species (NUCS)

Despite its rich cultural heritage and nutrient profile. Sometimes known as “lost crops,” “minor crops,” or “orphan crops, NUCS haven’t been properly studied, are underutilized, and are primarily farmed on smallholder farmers.

However, the tide is gradually turning. Fonio is now considered a key crop in West Africa. Because of its nutritional and environmental benefits, as well as the ability to diversify one’s diet.

Whole Foods and The Times have forecast that Acha will be one of the biggest food fads in 2020, and it’s easy to see why.

It’s available in speciality food aisles and shops all around the world.

Furthermore, in West Africa, fonio has become a significant source of revenue for smallholder farmers.

In recent years, scientists have become increasingly interested in Acha. Fonio whole grain is high in minerals, vitamins, fiber, protein, carbohydrate, and amino acids, as well as cysteine and methionine.

The health benefits of acha are clear because it is high in energy, promotes digestion, contains iron, and is beneficial to cardiovascular function, diabetes, and is a wonderful weight-loss meal, among other things.

Fonio, unlike finger millet, African rice, sorghum, and other native grains, is not on the verge of disappearing.

It is, in fact, perfectly positioned for increased output. For starters, it is still widely grown and highly regarded. Because acha, like other cereals, is high in carbohydrates, it is a highly energizing food.

Acha’s protein, lipid profile, and carbohydrate content are comparable to sorghum. It has a lot of Vitamin B and minerals in it.

Sulfur, cysteine, and methionine are abundant in acha grain as compared to other cereals. Gliadin proteins and glutenin are not found in Acha.

The only sulfur-containing amino acids in the body are methionine and cysteine. They serve as protein-building components and are related metabolically since methionine is required for cysteine production.

Cysteine then aids in the production of proteins, glutathione, SAM, and taurine – three essential chemicals for the healthy functioning of your skin, nails, heart, and nerve cells.

The low glycemic index [Low GI] and low sugar content of Acha aid to lower blood glucose and insulin swings, which is advantageous for diabetes.

For diabetic patients, choosing low GI meals is vital since they can help equal out blood glucose levels. They can also lower your chances of developing heart disease

Another advantage of acha over most refined grains is that it includes resistant starch.

Because resistant starch causes food to be digested and absorbed slowly, it reduces blood sugar spikes, it has shown promise in controlling and preventing prediabetes and type-2 diabetes.

Acha benefits for women: The acha has an important role to play in iron metabolism since it contains folic acid, amino acids, and iron. This is why pregnant women and lactating women are recommended to take acha.

Celiac disease, commonly known as gluten intolerance, is an immunological reaction in which the body reacts negatively to gluten by damaging its own tissues.

Because they are easy to digest, high in fiber, and gluten-free, acha grains are a viable alternative for celiac disease sufferers.

If you’re trying to lose weight, you should take the acha grain. When consumed, the grain is filling since it is high in fiber, gluten-free, and has a low glycemic index.

It is substantial yet not fattening when consumed.

Furthermore, because this grain is filling, it makes it difficult to experience cravings, which might contribute to overeating.

If you want to strengthen your nails and hair, including the acha grain in your diet is an excellent way to start.

Remember methionine, one of the amino acid components of acha mentioned earlier? This acid is necessary for the formation of cartilage, which aids in the growth of human hair and nails.

Calcium, magnesium, and phosphorus are all abundant in Acha. Excellent components that aid in the formation of bones and teeth.

As a result, acha is an excellent addition to a child’s diet, as they require all of the calcium, magnesium, and phosphorus they can get.

Other benefits of Fonio include:

Fonio should be stored in the same manner as other grains. Place in an airtight container and store away from direct sunlight in a dry location.

As a whole grain cereal in Nigeria, Acha is one of the best-tasting cereals and healthiest. It has an earthy, nutty flavor and a couscous-like texture. It’s simple to include into a wide range of cuisines and cooking methods.

Fonio can be prepared in the same manner that millet, quinoa, bulgur, or oats are: Whether it’s hot or cold, sweet or savory

There are no recognized fonio allergies.

More research is needed to fully comprehend the grain’s impact on the body.

People with hypothyroidism should avoid large fonio intakes since research suggests that flavonoids in fonio can lower thyroid hormone levels in the body.

The Bottom Line on Acha (Fonio)

Acha (Fonio) is a tasty and nutritious cereal with excellent therapeutic and nutritional properties.

If you have diabetes or are attempting to reduce weight, however, you should use acha in moderation because big servings can lead to weight gain. 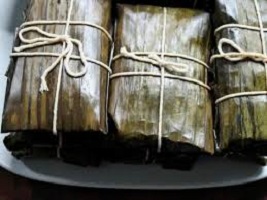 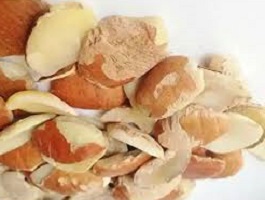 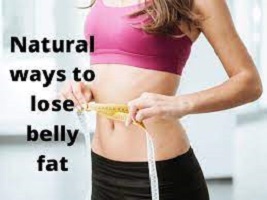