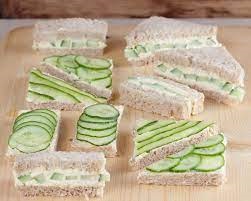 The Cucumber sandwiches are the perfect appetizer for a tea party, Mother’s Day brunch, baby shower, bridal shower, or any other gathering. Simple finger food that is cold, fresh, light, and tasty!

Cucumber sandwiches were given at Queen Victoria’s Golden Jubilee in 1887, were popular with the Raj of India in the late 1800s, and were referred to as:

As a “reckless indulgence” in Oscar Wilde’s comedy “The Importance of Being Earnest” (cucumbers were pricey before they became more available in the Edwardian era).

These small old-fashioned cucumber sandwiches date from the 1800s when afternoon tea was originally introduced in England and was only available to the elite. They were originally only made out of buttered bread and cucumber.

Then they were discovered by the beautiful Southern ladies of the United States, who elevated them with a herbed cream cheese spread.

They’re popular at many kinds of parties these days, and with good reason: they’re cheap, light, easy to cook, easy to eat, and delicious

Easy Cucumber Tea Sandwiches come in a variety of flavors. For our recipe, you’ll need the following ingredients:

What is the calorie count of a cucumber slice?

Depending on your calorie requirements, Your daily values may be greater or lower. A half-cup of cucumber slices contains 8 calories (with Peel). Calorie breakdown: 6% fat, 86 percent carbohydrates, and 8% protein.

What Goes with Cucumber Sandwiches? what to serve with cucumber sandwiches

Sandwiches made with cucumbers are delicate, fresh, and acidic. However, they go with a lot of different things. If you’re looking for more recipes to round out your gathering, try these:

But if a sauvignon blanc or an IPA is more your style, go for it.

How do you keep cucumber sandwiches from getting soggy?

Place the cucumber slices on a paper kitchen towel after slicing. Leave for a few minutes after sprinkling with salt.

Excess water will be drawn out by the salt, and you can dab it away with paper towels.

Cucumbers were helpful to British settlers in India who were trying to find a way to cope with the heat.

Cucumber sandwiches became a staple of afternoon tea during the Victorian era (1837-1901).

Now, I’ll admit that the British never put spreads on their cucumber sandwiches, but it’s unquestionably the way to go.

Is cucumber good for fibroid patients ~

The ancient science of Ayurveda cites excessive heat in the stomach as a cause of bad breath.

Cucumbers are a cooling food, which can alleviate the such issue.

Are cucumber sandwiches a thing?

In England, what is a cucumber sandwich?

The cucumber sandwich is a simple, elegant staple of the famous British afternoon tea.

It is made with crustless triangles of lightly buttered white bread filled with paper-thin cucumber slices, a little salt, and a dash of lemon juice.

How do I make my cucumbers crispy?

Use salt and ice water to crisp up the cucumber and remove excess water.

Sprinkle with salt, place in an ice water bag for several hours, and drain.

Can cucumber sandwiches be stored overnight?

These sandwiches are best served immediately after assembling them, or within a couple of hours. Make them at the last minute.

The longer these sandwiches sit, the more moisture the cucumbers release, causing the sandwiches to become soggy.

Should English cucumbers be peeled before eating?

English cucumbers are long and straight, with ridged skin. The seeds are almost imperceptible due to their small size. An English cucumber has a sweeter flavor than a regular cucumber, and it does not need to be peeled or seeded before eating!

Which sandwich is the most English?

The Bacon Butty. An absolute staple in British households, there is no better way to start the day!

The type of ingredient to use is debatable, but the foundation consists of bread, butter, sauce, and bacon.

What foods pair well with cucumber?

Is cucumber beneficial to fibroid patients?

Extreme heat in the stomach is cited as a cause of bad breath by the ancient science of Ayurveda.

Cucumbers are a cooling food that can help with this problem.

Which fruit can shrink fibroid?

Tomatoes, apples, grapes, figs, melons, peaches, and avocados can also help reduce the risk of fibroids. Pears and apples, in particular, contain phloretin, a flavonoid that acts as an estrogen blocker. This can also help to slow fibroid growth in some cases.

The calcium content of dairy products is thought to protect against fibroids.

Nut milk like almond milk, macadamia milk, and pecan milk are healthier alternatives to cow’s milk because they’re fortified with calcium, often at much higher levels than dairy.

Is it possible to shrink fibroids by drinking hot water?

Now that you know that drinking hot water does not shrink or cure fibroid, you must understand the effective treatments.

What should you drink to shrink fibroids?

According to one study, epigallocatechin gallate may help slow the growth of fibroids by reducing inflammation and high estrogen levels.

Green tea may also help with symptoms of fibroids-related heavy bleeding, such as low iron.

What is the most efficient way to remove fibroids?

Certain procedures can destroy uterine fibroids without removing them surgically. They are as follows: Embolism of the uterine artery.

Small particles (embolic agents) are injected into the arteries that supply the uterus, cutting off blood flow to fibroids and causing them to shrink and die

Cucumber sandwiches became a staple of afternoon tea during the Victorian era (1837-1901).

Now, I’ll admit that the British never put spreads on their cucumber sandwiches, but it’s unquestionably the way to go.

What should you serve with cucumber sandwiches?

Cucumber finger sandwiches don’t last long. Wrap leftovers tightly in plastic wrap and refrigerate for no more than a day in an airtight container.

If you have any leftover herby labneh spread, store it in an airtight jar or container in the refrigerator for up to 4 days.

Cucumber tea sandwich recipe ~ what is a cucumber sandwich in England?

The cucumber sandwich is a simple, elegant staple of the famous British afternoon tea.

It is made with crustless triangles of lightly buttered white bread filled with paper-thin cucumber slices, a little salt, and a dash of lemon juice. 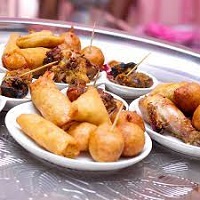 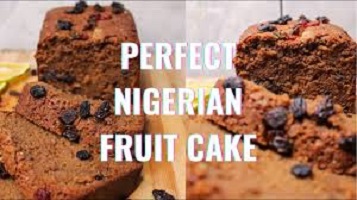 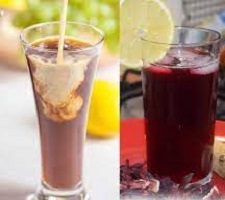