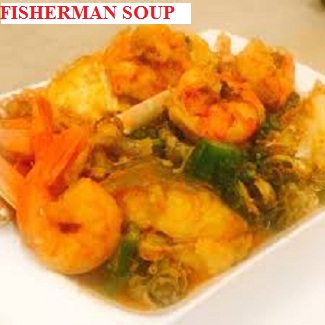 Fisherman soup is very common in the riverine areas in Nigeria. It is called Efere Ndek Iyak in Efik and is indigenous to the people of Akwa-Ibom, Port-Harcourt, and Cross River states of Nigeria.

What is Fisherman Soup?

In principle, fisherman’s soup is just a seafood broth made with Palm oil. Nigerian Fisherman soup is a simple soup made with fish and other seafood as its protein source.

Folks living with rivers winding through their towns and villages and bound by the Atlantic ocean have an abundance of seafood.

The world is unified in one way or another by games, music, and food and this recipe is not an exception.

Since the fisherman’s soup is mostly made with seafood, it has lots of health benefits.

Fundamentally, Seafood is rich in protein, Omega-3 fatty acids, and low in calories. It also contains vitamins and minerals. Seafood has been shown to provide many health benefits to the human body.

Seafood has the ability to reduce the risk of a heart attack. It aids in lessening the danger of stroke incidence; together with obesity and hypertension are only a few of the health benefits.

Fisherman soup is also very similar to Nsala Soup and a Mediterranean seafood soup called bouillabaisse or halászlé a hot, spicy paprika-based river fish soup, originating as a dish of Hungarian cuisine. It is also a common soup in the São Tomé and Príncipe.

The name of the soup has a history attached to it. It’s said to be the easy-to-prepare soup for fishermen while out at sea hence the name.

For those who love seafood, this recipe is absolutely for you. You can use all your favorite seafood to prepare this soup.

However, there are several ways to prepare this soup, each of which is particular to a community in the Niger Delta. Some people make this meal using tomatoes, while others don’t.

Okro is used by certain people while some cannot absorb any form of sliminess in their Fisherman soup. Once more, some people may add garri to the soup to thicken it, while others use pounded yam, Ofor, Achi, or cocoyam instead.

The various preparations for this delicacy do not really suggest that one approach is better than another; rather, they show how versatile the culinary arts are.

How Long Does It Take to Make Rivers Native Soup?

Preparing this meal takes about 30 minutes, which makes it a must-try for your family and friends, especially when you are on a tight schedule since it is an ultimate crowd-pleaser.

It’s important to remember that this soup tastes best when it’s hot and spicy.

The thickener of choice in this recipe is ofor, but you can use yam/cocoyam or any other thickener but nothing with an overbearing taste. There’s always some subtle difference in taste with each type of thickener.

The fish is usually fresh from the river but any fish will do. Use as much pepper as you can stomach, Nigerian seafood soups and stews usually have some heat (pepper) in them.

With this fisherman soup recipe Nigerian, there is no refuting the fact that delicacies from the riverine areas are always so delicious and fresh due to the readiness of seafood present in their region.

Cooking tip: I do not add the fish immediately with the rest of the seafood because I don’t want the fish to break into bits, you can add the fresh fish with the rest after like 10 minutes, and then add palm oil. 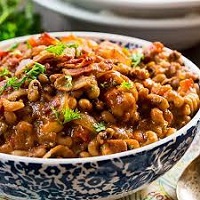 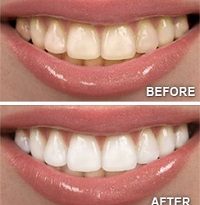 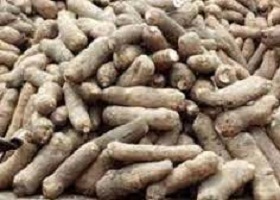