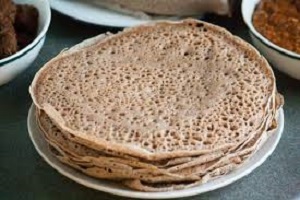 Injera is not just a type of bread, but also a utensil for eating. Teff is likely the tiniest grain on the planet. It has a thin, sand-like texture and a mild, somewhat nutty flavor.

It’s the most important element in traditional injera because it produces a bouncy texture when fermented quickly.

It is a sour, thin pancake-like flatbread made from fermented teff batter that is soft and delicious.

A staple cuisine in Ethiopia/Eritrea that is typically used as a scooping base for stews, meats, and vegetables such as Doro wat, gomen wat, and other dishes.

It’s gluten-free, high in protein, calcium, and iron, and incredibly nutritious. This spongy, sour flatbread is used to shovel up meat and vegetable stews in Ethiopia and Eritrea.

Injera is also used to line the platter on which the stews are served, soaking up the fluids as the meal goes on. The lunch is officially done when this edible tablecloth is consumed.

Following their migration to the United States or Europe, Ethiopian and Eritrean immigrants adapted their recipes based on the grains accessible to them.

Both teff and wheat flours are used in the injera served in many East African eateries in the United States.

Both teff and wheat flour are used in the injera served in many East African eateries in the United States.

In Ethiopia and Eritrea, on the other hand, most injera is composed entirely of teff.

According to Stewart and Getachew, the history of injera preparation is a mystery; nonetheless, they reported that injera dates back to 100 B.C. based on unpublished sources.

The history of the teff grain can be traced back to 3350 BC when archaeologists discovered teff grain in Egyptian pyramids.

However, other scholars have reported the discovery of injera and “shiro” (a lentil stew) cooking pans dating back to 600 AD.

In this sense, Ethiopians have unique ideas and attitudes regarding foods; injera plays an important and prominent position in Ethiopian society.

Ethiopians always celebrate national and religious festivals, as well as family events such as weddings, birthdays, and funerals. Injera makes up the majority of the cuisine for lunch and dinner in all settings.

The dried injera, on the other hand, is reconstituted into “firfir,” a spicy, usually vegan breakfast consisting of garlic and tomato sauce.

Injera is typically served with “wot,” a traditional cuisine consisting of a mixture of vegetables, meat, spices, and sauces. Wot is usually served on top of the injera.

Fasting is observed by Ethiopian Orthodox Christians during several months and holidays such as Easter and Christmas.

They carefully observe a vegan diet during these fasting days, and injera is eaten with wot made from lentils known as “shiro,” as well as various boiled vegetables and pasta presented in a lovely basket known as “mesob.”

Injera is also a staple of migrant Ethiopians’ diets in other western countries.

The abundance of Ethiopian eateries and injera in western countries with large Ethiopian migrant populations demonstrates this.

Is it healthy to eat injera?

It’s Beneficial/Healthy
Did you know that the key component of injera, teff, is not only delicious but also nutrient-dense? Complete proteins, fiber, magnesium, iron, and calcium abound in this super grain (in fact, no other grain on earth has more fiber per serving)

Are there any good substitutes for injera in Ethiopian cuisine?

When it comes to preparing flawless injera, there are four main steps to follow. The starter, batter, absit, and cooking are all included.

Ersho is another name for the injera starter. When making injera, always start with the starter. That is why it is referred to as the starter.

The procedure is identical to that of making a sourdough starter. Water and teff flour are combined in a 2:1 ratio to make it. Before utilizing to make injera, the mixture is left to ferment undisturbed in a warm dark place for up to three days.

It’s better to make the starter in a non-reactive container, such as a glass dish or a food-grade plastic container. Also, make sure you use a big container because the mixture will expand after a while.

How can you tell whether the starter is ready?

Foamy water will remain on top of the starter, and when you tap it, small air pockets should rise to the surface.

Notes: To ensure faster fermentation, place the starter in a warm area.

It’s preferable to use a transparent glass bowl to keep an eye on the fermentation process.

Try to avoid the impulse to touch the container while it’s fermenting. This may have an impact on the procedure.

The starter, teff flour, and water are combined to make the dough in a glass dish or a non-reactive container with a lid.

We’re working with a thick batter that takes a lot of mixing in this step. You have the option of mixing by hand or using a stand mixer. I prefer to use a standing machine since it reduces the amount of stress involved in the procedure.

When the batter is thoroughly combined, firmly press it to the bottom of the basin and pour plain water over it. This water should not be mixed because it is intended to keep the dough’s surface from molding during fermentation.

Depending on how sour you want the batter to be, fermentation might take anywhere from one to seven days. However, to ensure a healthy fermentation process, change the surface water at least every three days.

The absit functions as an emulsifier, holding the injera together while also giving it a nice texture so it doesn’t dry out and crack after cooking.

Bring a pot of water to a boil, then remove from the heat. Then, combine some room temperature water and teff flour in a mixing bowl and pour the mixture into the boiling water, continually stirring to avoid lumps until the mixture dissolves.

Re-heat the pan and continue to stir until the mixture thickens.

Stir it with some cool water right after it’s finished cooking because the absit thickens and produces a crust as it cools. This will lower the warmth of the absit and make it more comfortable.

This will lower the absit’s temperature and make it less thick. I also prefer to add a little water, just enough to cover the surface of the absit while it cools, to keep it from crusting. Allow for thorough cooling before using.

When the injera batter is devoid of bubbles, what should you do?

You should observe little bubbles on your batter after fermentation. It’s fine if this doesn’t happen for any reason; relax and don’t toss the batter away.

So, how do you go about it?

Simply mix in a teaspoon of baking soda, stir well, and set aside for 10 minutes. The batter should begin to bubble at this point. After that, you can begin cooking.

This isn’t really traditional, but it works!

When the batter is overly runny, what should you do?

I’ve heard it said that once you make something excessively runny, it’s irreversible. The good news is that it’s possible to undo it. All you have to do now is add additional teff flour until the proper consistency is achieved.

Stir thoroughly until the teff flour is completely dissolved in the mixture, then set aside to ferment for an additional day before cooking.

Notes: The beginning should have a sour but not unpleasant aroma. The sourness of the starter will increase as it rests longer.

If it smells terrible after a few days, it signifies the starter has gone bad and you’ll have to start the process over.

Because there is a fine line between making it properly and making it too thin, add water to the batter a little at a time.

More on “injera recipes without teff”

Teff is a tropical grain crop that belongs to the Poaceae family of grasses. It is mostly grown in Ethiopia and Eritrea, where it is believed to have originated thousands of years ago.

It’s also frequently ground into flour for use in cooking and baking. As gluten-free alternatives to wheat become more popular, you may be interested in learning more about teff flour, including its benefits and applications.

How to make Injera

One serving of injera bread has 379 calories – Nutrition 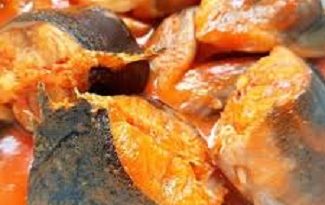 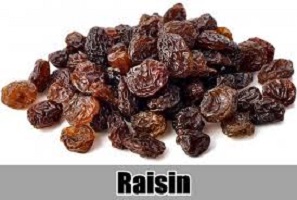 Raisins: Are They Good/Beneficial for You? 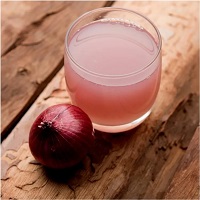