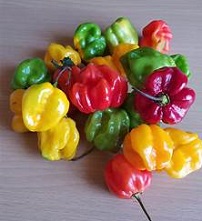 Jamaican Scotch bonnet pepper (Capsicum chinense Jacq) is one of the major agricultural exports in Jamaica.

Jamaica is nearly as famous for its hot Scotch bonnet peppers (which is estimated to be hotter than most habanero) as is the case with reggae music and sports.

They come in different colors (green, yellow, orange, and white; the white ones are less common) and are tremendously hot. These names come from their look

Related >>> What are Scotch Bonnet Pepper? Benefits and Side Effects

The green Scotch bonnet peppers are the least hot and are used to improve the flavors of soup or dishes made with rice (rice and peas).

Jamaican Scotch Bonnet Pepper strives in nearly all the country’s fourteen parishes, for the reason that the plant grows best in the tropical climate.

The best place to grow Scotch bonnet peppers is well-drained sandy or loam kind of soil with full sun.

For best results, seedlings are transplanted in the evening.

Peppers are harvested 12 weeks after planting.

This inconspicuous pepper packs powerful health benefits and is the pepper of high-quality for creating Jamaican dishes.

Jamaican Scotch bonnet pepper is often sold when fresh, but there are also many by-products obtainable for example jerk sauce, mash (both wet and dry), and escoveitch sauce

Hardly will you find a Jamaican dish without some of this pepper. Commonly used on peppered shrimp, jerk chicken or pork, peppered steak, and patties (a meat-filled pie), Scotch bonnet is the pepper of high-quality among Caribbean people.

But for many visitors, particularly those unacquainted with this powerful brand, the strength of the Scotch bonnet is a surprise.

The Scotch bonnet’s history is traced to Central and South America; though, there is no concrete evidence as to where the chile pepper was originally planted.

Scotch bonnet and habanero pepper are both very hot peppers with a comparable fruit flavor.

The dissimilarity is that Scotch bonnet peppers have an extra sweetness that contributes to the general flavor.

The two are comparable. Since Habanero peppers are more widely available outside Jamaica and the Caribbean Islands, they can often be used as a substitute for Scotch bonnet peppers.

The two are comparable. Since Habanero pepper is widely available outside Jamaica and the Caribbean Islands, it is often used to replace the Scotch bonnet

I have seen two different spellings for Habanero Peppers: HABANERO OR HABAÑERO. Do you know the correct spelling of Habanero? If Yes! Kindly, let me know in the comment section, I enjoy reading from you.

Some of the tastiest tropical hot sauces and salsa you can find anywhere are made with Jamaican Scotch bonnet recipes.

When cooking chilies, it is recommended not to touch any sensitive part of your skin or eyes.

Using cold water to wash the rubber gloves, the chopping board, knife, and any other utensils that come into contact with the pepper or its seeds after slicing the pepper.

It is significant to remember that it is slightly more difficult to find Scotch bonnet peppers and it is unlikely that you will find them for sale in nearby grocery stores and produce markets near you, particularly if there is no large Latin American population in your local area.

This is essential: Jamaican Scotch bonnet pepper is one of the hottest chili peppers in the world, if you’re not careful it can cause some serious irritation. 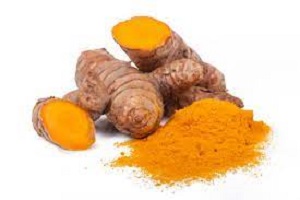 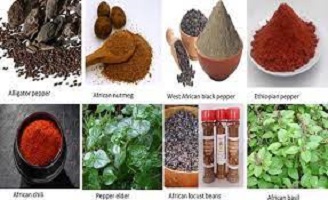 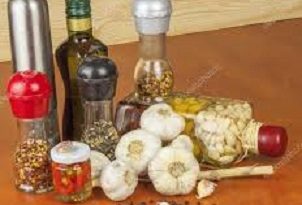 Meat Seasoning At Home Like a Pro – How to Make