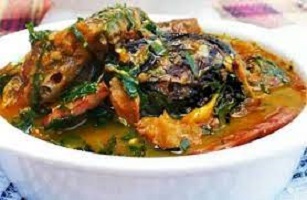 Most Expensive Soup in Nigeria | State of Origin | Recipe

Nigeria is undeniably endowed with a diverse range of indigenous foods because of the country’s diverse tribes.

Some dishes are unique to particular tribes. Each tribe takes pleasure in their cuisine and promotes it as the best.

There are, however, foods that are outstanding to others. In this essay, I’ll tell you about Nigeria’s most expensive soup.

The tribe and state that owns it.  Also, I’ll give you a general outline of how to make this Nigerian soup.

Most Expensive Soup in Nigeria | State of Origin

I’ve cooked and tasted it, so I know what I’m talking about.

Because it is produced with a lot of costly healthful locally made ingredients, Ofe Owerri is referred to as a rich man soup. this soup is not like your regular Igbo soups like egusi soup or ogbono soup one can afford at random.

The money spent on one pot of Ofe Owerri can be utilized to make several pots of other ordinary soups. It’s dubbed wealthy man’s soup because, even though it’s made with a variety of meats, fish, and pricey components, it’s a cook-and-finish dish.

This implies that you cook it today and finish immediately, or the next day.

Songs like ‘onye ne ejiro ego, o na eri ofe Owerri’ have been written on this local food.  This translates to “Can someone without money eat Owerri Soup?” it asks.

It is one of the sought-after soups in Owerri and, by extension, the entire country’s eastern region.

How do you make Owerri? How is Ofe Owerri prepared? Ofe Owerri Recipe

Please Note >>> You do not need to break the bank to make this delectable soup from Imo State, Nigeria! Just buy as much fish and meat as your budget will allow, alright?

The Igbo people of Eastern Nigeria have a traditional vegetable soup called Ofe Owerri. As you may have guessed, “Ofe” means soup, and “Owerri” is the capital of Imo state in South-Eastern Nigeria, hence Ofe Owerri is unique to the people of Owerri.

Ofe Owerri is typically made with four distinct vegetable leaves: Okazi, Ugu, and Uziza, as well as Oha and Uziza, though Uziza, which is highly aromatic, and Oha aren’t as popular as Ugu and Okazi.

Why is it termed a rich man soup? Or better still considered the most expensive soup? Take a look at the ingredients, you will understand better:

Most Expensive Soup in Nigeria Ingredients

Steps on how to make Owerri soup

While you’re here, take a look at our other Igbo soups >>>

If you decide to make this Most Expensive Soup in Nigeria – Ofe Owerri dish, please let us know, and don’t forget to subscribe to receive automated notifications of new recipes. In the meantime, stay tuned for the next recipe! 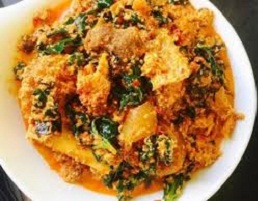 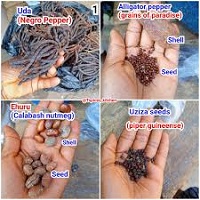 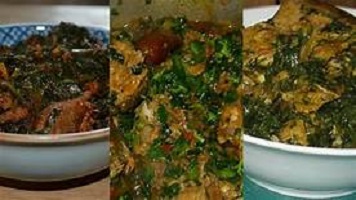