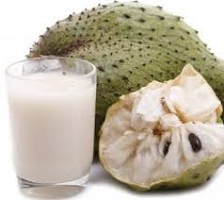 Soursop is a fruit known for its delicious flavor as well as its amazing health benefits. It’s also nutrient-dense, with plenty of fiber and vitamin C for a small number of calories.

How is soursop pronounced?

The Annonaceae family, also known as the custard apple family, includes soursop. The fruits are large and oval-shaped, and they grow on trees.

White, fibrous flesh is hidden beneath the green exterior, which has spines. They can reach a length of 8 inches and a weight of 10 pounds. It has a flavor that is a cross between mango and pineapple.

Soursop is a South American fruit that goes by a variety of names. Annona muricata is its scientific name, but it’s also known as guanabana, Graviola, Sasalapa, sirsak, or custard apple.

In Nigeria, it is known as ebo or apekan in Yoruba language, fasadarur or tuwon biri in Hausa, and in Ibo, sawansop.

On the outside, the fruit looks like an oversized avocado – if the avocado were covered with prickly spikes that is

It has soft, juicy flesh. It is dark green when raw, but as it ripens, it becomes slightly lighter green.

In appearance and flavor, this fruit resembles custard apples and cherimoyas. It has small black shiny seeds in its white and sweet pulpy flesh.

Soursop comes in a few seedless varieties. The creamy texture of the fruit makes it ideal for drinks, ice cream, and other sweet foods. The fruit’s skin is inedible, but the white fleshy part is nutritious.

Because the seeds are toxic, it is not recommended that you eat them. When ripe, the prickles on the soursop break easily. Underripe fruits can be stored in the dark until they fully ripen.

The fruit is sweet at heart, despite its tough exterior. It has a smooth, creamy white pulp with large black seeds. Its sweet-tart flavor has been compared to a mix of strawberries and apples.

Both “sweet” (less acidic) and “sour” soursop are grown in some areas. It’s more likely that the sweet version will be consumed raw.

The leaves of the soursop tree are used to make soursop tea. It’s been used for centuries to help people relax and de-stress.

This article will discuss some of the health benefits of soursop and how to include it in your diet.

Soursop has a long history of use in traditional medicine, and it has been used to treat a variety of illnesses and conditions.

How to Eat Soursop

Fruit and even fruit juice is commonly found in Nigerian grocery stores, both fresh and frozen. The fruit is also available in some traditional grocery stores and online stores.

The majority is harvested before it has fully ripened. The unripe fruit is green, but as it ripens, it turns a yellow-green color.

When you press on it, it will also give a little. Unripe fruit should be kept on the counter. Once it has reached maturity, store it in the refrigerator and consume it within a few days.

“Graviola has a delicious creamy texture and tropical flavor when eaten raw,” says the author, “but spit out the seeds because they’re toxic.”

It can also be used in a variety of ways for example:

The fruit contains many essential vitamins and minerals, including:

A normal serving of this fruit is low in calories but high in several nutrients such as fiber and vitamin C. A 3.5-ounce (100-gram) serving of raw soursop contains:

In addition, Graviola contains a few amounts of niacin, riboflavin, folate, and iron.

Health Benefits of Soursop and Uses

It is high in vitamin C, an antioxidant that has been shown to improve immune function.

The vitamin improves your immune system’s ability to defend against pathogens by strengthening it.

It also encourages the destruction of free radicals, which can help protect your skin and cells from oxidative damage caused by the environment.

Other antioxidants found in soursop (both the fruit and the leaves) include phytosterols, tannins, and flavonoids.

Antioxidants are beneficial to your overall health and may help to protect you from a variety of diseases.

Other Potential soursop benefits Include:

Graviola has been used for medicinal purposes by traditional healers for a long time. They treat patients with a variety of plant parts, including fruit, leaves, and stems.

Soursop may aid in the prevention and treatment of cancer, as well as the reduction of inflammation and the killing of bacteria.

But, as Supan points out, those claims come with a big caveat –

Extracts from the plant’s leaves have been shown to kill cancer cells and reduce inflammation. However, take it slowly:

“Keep in mind that no human studies have been conducted, so it’s too early to say if there are any benefits,” Supan says.

Graviola pulp extract has been shown to have an effect on prostate cancer cells in mice in a recent study. However, there have not been any studies on humans

Precautions / Safety Safety/Precautions: The tasty fruit is healthy and safe to eat, but the seeds are poisonous and should not be eaten.

During pregnancy, tea made from the leaves should be avoided.

Women who drink soursop leaves tea can expect their ovulation to increase and their menstruation to become more regular.

Guava leaves and soursop leaves work together to improve fertility and ovulation. Guyabano leaves are a good source of fertility.

Sour sop (Annona muricata) is a plant that has long been used for health maintenance, disease prevention, and treatment.

It helps to lower blood pressure and uric acid levels, as well as improve renal and cardiovascular functions

Graviola extracts show promise in the treatment of gastric ulcers. An alcohol-based extract of soursop was found to have antiviral activity in a study.

Antimicrobial activity was found in extracts made from the fruit’s rind.

Women who drink soursop leaves tea can expect their ovulation to increase and their menstruation to become more regular.

Guava leaves and sour sop leaves work together to improve fertility and ovulation.

The extracts and teas are available for purchase, but they are not regulated by the US Food and Drug Administration (FDA).

Supan warns that there are reasons to be cautious. In large doses, soursop can be toxic, causing symptoms that are similar to Parkinson’s disease, such as:

Extracts and teas contain compounds that can interact with medications such as blood pressure and diabetes medications.

“Graviola extracts and teas should be avoided,” she advises. “You don’t want to mess around with your health like a scientist.”

What can soursop leaves be used to treat? What can the leaves cure?

The fruit and Graviola tree leaves are used by herbalists to treat stomach ailments, fever, parasitic infections, hypertension, and rheumatism. It’s also used as a sedative.

The dietary acids including linoleic acid, are also thought to stimulate metabolisms and encourage the body to burn more fat.

In addition, a study published in the Nutrients journal in 2019 found that extracts of Graviola leaf helped obese mice lose weight over the course of 12 weeks.

Because of the presence of the described compounds, soursop seed is not edible and has long been thought to be toxic.

As a result, its components and derivatives intended for human consumption must be subjected to stringent research protocols to ensure their safety.

women who drink Graviola leaves tea can expect their ovulation to increase and their menstruation to become more regular.

Guava leaves and soursop leaves work together to improve fertility and ovulation. Guyabano leaves are a good source of fertility.

Graviola is high in vitamin C, an antioxidant that has been shown to improve immune function.

The vitamin improves your immune system’s ability to defend against pathogens by strengthening it.

It also encourages the destruction of free radicals, which can help protect your skin and cells from oxidative damage caused by the environment.

Does soursop grow in Nigeria?

The tree can thrive in any tropical region of the world as well as Nigeria.

Benefits of Soursop (Ramphal) For Skin and Hair Growth

Benefits of Soursop (Guyabano) During Pregnancy

The Oil brightens dull skin by replenishing moisture and allowing the skin to regenerate and rejuvenate itself.

It is used to treat dry, itchy skin (in its pure form or mixed with lotions), as well as eczema and psoriasis symptoms. 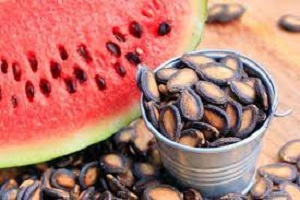 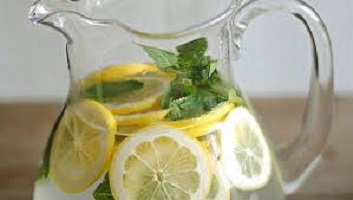 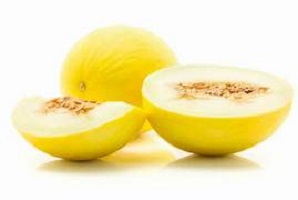