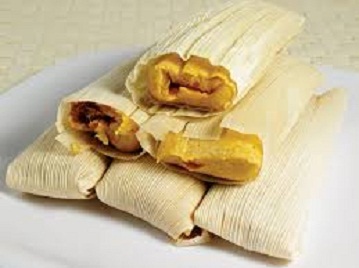 Tamal is a Mexican dish consisting of corn masa dough with a filling that can be either savory or sweet, wrapped and steamed in corn husks, leaves, or banana leaves.

The tamales by tradition go together with atole, a masa drink.

Looking at the map of America, it is Michelle Obama’s favorite food and is also popular across Latin America, the Caribbean, the Philippines, and the United States.

Tamal vs. Tamale- What’s the difference?

There’s a debate raging on the Internet and inside Mexican American culture: What is the singular of “tamales”?

The singular is tamal, the plural is tamales. Tamale is the English spelling

Tamale is the name of the capital city of the Northern Region of Ghana, West Africa.

Many are certain that the best tamales are from the Oaxaca region of Mexico, which comes with its variation called tamales oaxaqueños.

These vary from bog-standard tamales because it is slightly sweeter and wetter dough, wrapped in banana leaves rather than corn husk.

Tamales rojo (red tamales) are packed with shredded meat such as beef or pork in a red chili sauce.

Tamales verde (green tamales) similarly have the same meat and a different sauce made from sour, green tomatillos.

While Tamales dulce, the sweet variety, is packed with dried fruits such as raisins or berries.

There are lots of local variations in the dough and filling for tamales.

Banana leaves form the wrappers on the Gulf Coast and in the Yucatán.

The uchepos of Morelia and tamales dulces of Jalisco make use of fresh rather than dried corn.

Fillings may encompass fish, cheese, meat, chilis, herbs, or vegetables in savory or sweet combinations; certain tamales are even cooked “blind,” with no filling.

Whatever the variety, tamales have a unique place in the colorful Mexican cuisine and culture.

What Is In Tamale?

Tamales are an old Mexican meal made with a corn dough combination (often maseca) that is packed with many types of meat.

They are enfolded and cooked in corn husks or banana leaves!

Tamales are stodgy, comforting and delicious, and are symbolic of Mexican street food.

Street vendors can be seen hawking them morning, noon and night across the country, although they are most common as breakfast food.

It is also the primary dish of many Mexican mothers’ kitchen, particularly over the festive period and through national celebrations, such as the Independence Day.

Nowadays, the fillings can be anything from eggs, beans to chicken, pork, fish, hard cooked pumpkin-seeds or squash.

There are several types of tamales, but they all depend on the same base.

Tamales are fluffy, steamed dough pockets enfolded in either corn husks or edible leaves, packed with anything from meat to veggies and usually eaten with salsa.

They are usually a special-event food and they take time to prepare because all the stuffing and folding is by hand.

Where to Find Ingredients for Tamales

You can buy the main ingredients- corn husks and the dough (masa ) at a Mexican grocery store.

Some stores sell “masa preparada,” dough that has lard and baking powder already in it.

How to Serve, Store, and Freeze Tamales

As soon as you fill and fold, tamales can be cooked instantly or frozen raw, then steamed directly from the freezer.

They also rewarm well — wrap them in a few layers of paper towels and heat at 80% power in your microwave.

You can serve and eat Tamales out of the husk.

Making tamales takes time, and needs patience, but the outcome is a beautiful and flavorful meal.

Like crepes or pancakes making tamales is easy once you get the hang of it.

There are just two main steps to making homemade tamales.

You can fill the tamales with whatsoever meat and sauce mixture you like, or fill them with the cheese and common beans.

For a creamy sauce, mix sour cream into the chili sauce. 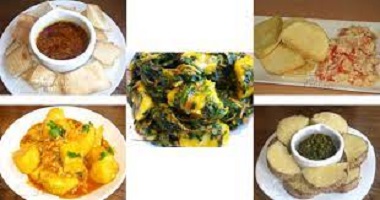 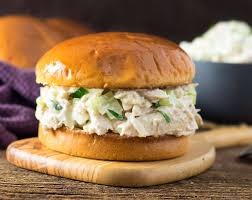 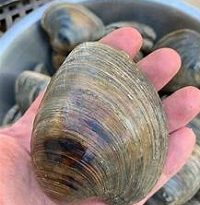