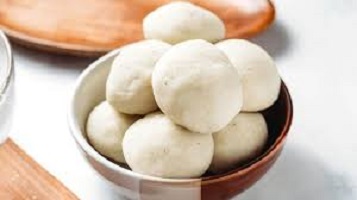 How To Make Fufu from Scratch (Nigerian Fufu)

Fufu Nigerian, often written (foofoo or foufou), is a common swallow in western and central Africa, as well as the Caribbean, thanks to African migration.

It’s made up of starchy foodstuffs like cassava, rice, yams, and plantains that have been boiled, mashed, and formed into balls; the pounding procedure, which usually requires a mortar and pestle, can be time-consuming.

It’s a hearty side dish that’s starchy, smooth, dense, and stretchy, and it’s popular because it’s tasty, easy, and gratifying.

This African food is frequently dipped in sauces or served with meat, fish, or vegetable soups. This dish is said to have originated in West African countries such as Nigeria and Ghana, where it is still popular.

It can be prepared in a variety of ways. Fufu is commonly produced with fermented cassava in Sierra Leone, for example.

What Is Fufu? West African Fufu

Cassava, often known as yuca, is used to make foofoo. Sweet potatoes, russet potatoes, and yams are all starchy root vegetables. It may be fried, roasted, and prepared just like potatoes, but when converted into fufu, it becomes incredibly smooth, doughy, and elastic.

Though traditionally made from cassava, fufu’s definition has broadened through time to include eba, green plantains, amala, cocoyam, corn, pounded yam, semolina, and other swallow foods.

In some parts of West Africa, fufu refers to any swallow that is served with the local soup. When you order fufu in Nigeria, you will be served cassava fufu, which is also known as akpu or Santana depending on where you are in the country.

This staple cuisine is known as fou fou, foo foo, fo fo in other west African nations such as Cameroun, Ghana, Sierra Leone, and Senegal.

The procedure is the same regardless of where it comes from if it is prepared from cassava pulp. A silky, smooth swallow that may be either hard or soft to the touch. Cassava is also referred to as yuca.

What Are Swallow Foods?

Swallow foods are doughy meals that are flexible but hard, akin to mashed potatoes in the United States but with greater texture.

Pounded yam, eba, amala, starch, fufu, and other Nigerian foods are examples. It’s easy to eat with your hand (right hand only, please) and swallow without chewing because of the malleable texture.

To eat fufu soup, take a piece of the food and make an indentation with your thumb, then spoon some stew or soup over it and swallow.

What Is Fufu Made Of? West African foo foo

Nigerian fufu is mostly prepared from cassava dough, whilst Ghanaian fufu is created from a combination of cassava and plantain.

This African food is usually made entirely of green plantain and is a popular Ghanaian staple.

How to Produce Cassava Flour – Elubo, foo foo, and Akpu

The production of elubo and fufu flour is basically the same as a stage in the processing of cassava. In Nigeria, these two foods are common staples.

Lafun comes from Egba territory in Ogun State, while foo foo comes from Ibo land, where it is known as Akpu. Both have gained popularity in Nigeria’s western states.

To the best of my knowledge, these two food items are the most profitable cassava products, with cassava flour for baking coming in second.

That’s all there is to it when it comes to making elubo and fufu.

In many countries, Foofoo is known by different names. Here are some authentic fufu recipes from throughout the world, along with the ingredients:

Depending on whether you use a starchy root vegetable or fufu flour, you can make authentic fufu in a variety of ways.

When doing this, don’t use any water.

This recipe works well with yams, cassava, or plantains.

If using foo foo flour, combine it with a few cups of boiling water in a kettle and stir until the texture resembles dough.

A huge wooden spoon is frequently used for this.

Because foo foo hardens as it cools, it’s best to prepare it on the softer side, especially if you’re not going to eat it right away.

How To Eat Fufu ~ What Is the Best Way to Eat foo foo?

Eating this popular African cuisine can be a pleasurable and fulfilling experience. On the same plate or on a separate plate, it is served with an African soup.

The soup is usually thick and gravy-like, and it is made in a huge pot with vegetables, meat, goat, or other protein.

You tear off a small bit of foofoo and roll it into a ball in one hand to savor it (usually the right hand).

To scoop up part of the soup, make a little dent in it. Then you take a swallow.

What Is the Taste of Fufu?

Fufu’s flavor varies based on the ingredients used in its preparation, but it’s best described as sour, bland, or tangy.

As a result, the flavors and spices in the soup define the overall flavor of the dish.

Are You Supposed to Chew Fufu?

Fufu is typically eaten with soup and swallowed whole. It is commonly referred to as a swallow meal in Africa.

If you haven’t tried it before, it is an acquired taste that will take some getting accustomed to.

Most Africans introduce this dish to their children when they are very young as a cultural food, so they become acclimated to it.

Chewing fufu could taste unappealing due to its fairly bland character.

Because its texture is soft and it is coated with soup to assist it to go down smoothly, swallowing it is preferred.

That isn’t to mean you won’t be able to chew it if you so desire. To fully appreciate the flavor, simply chop it into bits and completely immerse it with the soup before chewing.

The answer is simple: no. If you don’t have any plantains, the fufu will still taste delicious.

The plantains offer a hint of plantain flavor while also reducing the stretchiness of the fufu.

You can also make this dish with cassava instead of plantains – the ingredients are the same and the methods are the same; just leave out the plantains.

Why Does Foo foo Smell?

If the cassava is fermented before being made into fufu, the foofoo will have a rich fermented fragrance.

If otherwise, you will discover a very mild smell like mashed potatoes without the butter

Is It Possible to Reheat Foo foo?

Sure, you may reheat foo foo in the microwave. Any leftover balls can simply be unwrapped and placed in a microwave-safe bowl.

Add a splash of water and microwave for 5 minutes, or until heated through, as you would with rice.

Stir it with a wooden stirrer until it’s nice and smooth.

Is Foo foo Safe to Eat?

Foufou has a lot of carbohydrates, some fats, and a little protein. In addition, it contains fiber, vitamins, and minerals such as:

Choline is important for nerve and brain function.

Foufou and soup are two dishes that go well together

What to serve with Foo foo? 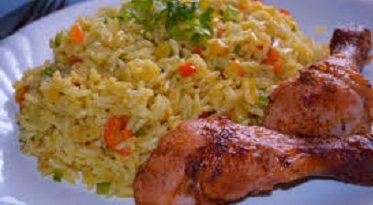 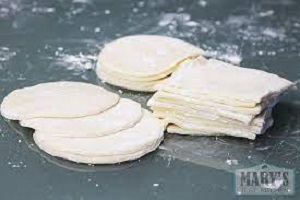