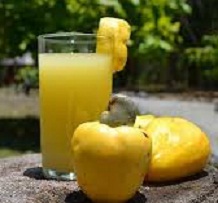 Cashew fruit juice is a game changer especially when squeezed and sweetened and then served on the rocks.

Cashew juice taste is tart, slightly astringent and high in tannins. Excessive consumption of fresh cashew or its juice can in fact blister the tongue.

The fruit can be processed into a nutritious juice which can be taken throughout the year.

Cashew Fruit Juice: Where Are Cashews Grown In Nigeria?

I know Akama-Oghe is one of the communities in Ezeagu local government area of Enugu State, where an expanse of land was acquired for cashews plantation and harvesting developmental projects.

Now, the cashew industry is a shadow of its self with ruins of what used to be an agricultural/industrial hub of the then fast-moving growing economies of the world

Cashew apples are a vital by-product of the cashew nut industry. Processing cashew apples for their juice is not popular in Nigeria.

Maybe because we don’t have good preservation culture, or quite simply, we are not adventurous enough

Again, we don’t know what to do with the fruit except to sell, to eat the fibrous apples while fresh, and make nuts from its seeds!

Today, I will show you how cashew juice can be used to create a pretty exciting tropical juice drink. Happy reading!

The cashew fruit is a False fruit in which some of the flesh is not derived from the ovary but some adjacent tissue exterior to the carpel.

The cashew nut grows out first on the tree with the fruit which has a thin skin, coming after it. When the fruit has ripened, it falls off the tree and it is highly perishable.

The Cashew fruit or cashew apple is used by a lot of people in Jamaica to make a revitalizing drink, which tastes like a cross between an orange and a mango.

Also, in places like India and Brazil, dried cashew apples have been effectively used, in combination with other ingredients, to make wine, juice drinks, jam, and cocktails. The Spanish love this drink a lot.

If you are trying to lose weight or a keen exerciser you may already be past your body’s ability to produce carnitine, and so the benefits of Cashew Fruit Juice may become practically essential.

You can own this juice by using different spices and aromatics of choice for added flavor.

To use, simply grind them with the cashew fruit before extracting the juice

The cashew apple can be eaten fresh, cooked in curries, or fermented into vinegar, as well as a fruit drink.

How to Preserve Cashew Fruit Juice

According to http://pubs.sciepub.com/ and I quote:

Based on the results obtained from the investigations on extraction and preservation’s of cashew juice using sorbic and benzoic acid:

It may be concluded the sorbic acid and benzoic acid are good preservatives for cashew fruit juice.

The color, ph, specific gravity, total soluble solids (Brix level) and titratable acidity of the cashew juice was stable during storage when preserved with sorbic acid and benzoic acid

Cashew is likely safe in normal food amounts,There is no adequate information to know if cashew is safe for use as medicine though unroasted cashew can irritate the skin.

Cashew is safe when eaten as food, but there’s not enough information to know if it is safe in the larger amounts, therefore stick with food amounts until more is known. 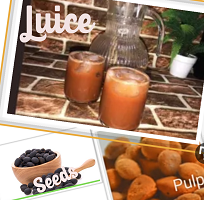 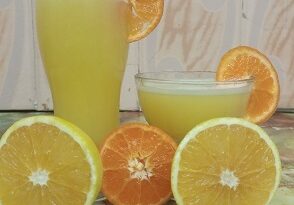 How to Make Orange Juice at Home ~ 3 Methods 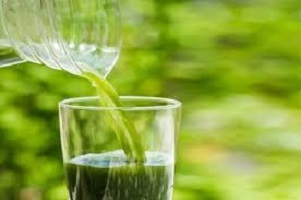 One thought on “Cashew Fruit Juice: A Natural Source of Vitamin C”