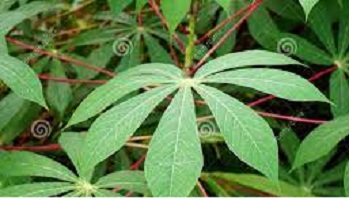 Cassava leaf (Casada Lif) is Sierra Leone’s national dish. In 80 nations around the world, the cassava plant is consumed by 500,000 million people.

Cyanogenic glycosides, which can be broken down to release hydrogen cyanide, are found in both the leaves and the root.

To get rid of the poison in cassava leaves or roots, follow these steps:

What is a cassava leaf?

Cassava is a perennial plant with large, almost palmate (fan-shaped) leaves that are similar to those of the related castor-oil plant but are more deeply divided into five to nine lobes.

Dahlia tubers are reminiscent of the fleshy roots. Low herbs to branching shrubs and thin unbranched trees are among the many kinds.

What is cassava leaf good for?

Vitamins – Cassava leaf has a vitamin content comparable to carrots, which is beneficial to overall health.

Vitamin C, found in cassava leaves, is a potent antioxidant that can help prevent cardiovascular disease, strokes, and cancer.

B vitamins are also important for mood, vigor, and metabolism.

What are the side effects of cassava leaves?

Raw cassava leaves contain cyanide, a toxic chemical that can result in poisoning, paralysis, rapid respiratory failure, and death. This is one of the most serious adverse effects of eating raw cassava leaves, roots, or tubers.

What is the English name for cassava leaf?

Manihot esculenta, also known as cassava (/ksv/), manioc, or yuca (among other regional names), is a South American woody shrub belonging to the Euphorbiaceae spurge family.

Tips on How to Cook Cassava Leaf Soup

The soup uses cassava leaves as a base which is the leaves of the cassava plant.

It is a simple, yet tasty and important soup that is widely consumed in many parts of Africa especially in countries like Sierra Leone, Liberia, Congo, Nigeria, etc.

To make this African dish/stew in Nigeria you need the following:

How to Prepare Cassava Leaves Soup

Cassava (Manihot esculenta) is a root vegetable used for both culinary purposes and in folk medicines.

Cassava is an important tuber crop (alongside potatoes and yams) and one of the most important sources of carbohydrates in the developing world.

The meaty flesh is often described as having a mild, sweet, somewhat nutty taste.

The root of the plant is rich in vitamin C, while the leaves contain beta-carotene, lysine, and other compounds beneficial to the skin and metabolism.

The leaves can also be eaten, as you can see in this recipe. Cassava leaves are a rich source of protein, minerals, and vitamins.

They are highly fibrous, dense, and grassy.

Cassava roots, peels, and leaves should not be eaten raw because they contain cyanogenic glucosides, linamarin, and lotaustralin.

These are decomposed by linamarase, a naturally occurring enzyme in cassava, liberating hydrogen cyanide (HCN).

Cassava is known globally for its effects on fertility.

It helps with growing the chance of twins, but also with fertility. Many women use the supplement to increase fertility even when they’re not trying for twins.

The Cassava plant contains a chemical that causes hyper-ovulation

Cassava is the most important tropical root crop. Its starchy roots are a major source of dietary energy for more than 500 million people.

To make cassava safe to eat first, peel and slice the cassava and then cook it thoroughly either by baking, frying, boiling or roasting.

This process reduces the cyanogenic glycosides to safe levels.

Cassava is a perennial woody shrub with an edible root, which grows in tropical and subtropical areas of the world.

Cassava originated from tropical America and was first introduced into Africa in the Congo Basin by the Portuguese around 1558.

Today, it is a dietary staple in much of tropical Africa.

In Africa, you can easily get it in the local market / nearby farm for a big old bunch of cassava leaves to take home and pound or grind.

You can even order online.

However, for those in the diaspora, you would have to head to your African store/local ethnic market to buy already minced or pounded Cassava Leaf from either the fridge or the freezer section. 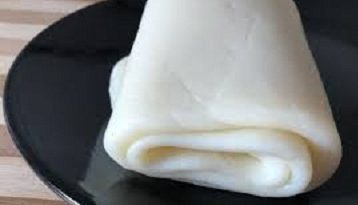 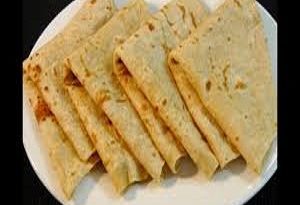 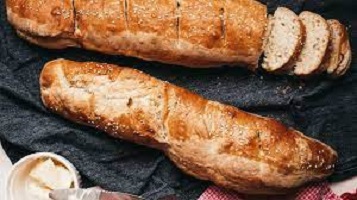 Honey in Vigina: What Can Be Used To Tighten the Vigina?