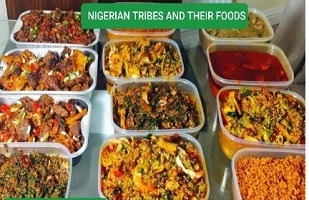 Food is more than just something to consume. It’s about history and culture as well as recipes, techniques, produce, and tastiness.

Everything about Nigerian cuisine was missing from my life. I missed the fascinating mix of rich, bright stews, porridges, and pottages.

I missed the fragrant and pungent flavors, the umami and smoke-infused meals, and the complex spicy, bitter, and sour notes. It was all lost on me.

I also missed seasonal fruits the most, from delicious and sour African white star apples that emerged with the first rains in December to succulent mangoes in February and rainy-season fruits like passion fruit, corn, and ube (African purple pear), among other things.

Have you ever sat down and wondered, as I did, how certain meals came to be? What went through the mind of the first person to boil eggs, for example? All meals, after all, have a place of origin, especially in a country as large as ours.

When it comes to native meals and cultural specialties, each of the over 250 indigenous tribes in Nigeria have at least one meal that is unique to them.

Their diet is largely determined by the ingredients available in a given region. Continue reading to learn more about Nigerian tribes and their cuisine.

Tribes in Nigeria and their cuisine – Nigeria Food Origin

However, most of our cultures have merged as a result of migration and intertribal marriages, with some people borrowing inspiration from one thing to produce something else.

Some Nigerian dishes have disputed origins, and because we can’t go back in time to question our forefathers, we’ll have to rely on books and word of mouth from our elders to settle this.

For years, the origins of Jollof rice have been a source of contention across Africa. From Nigeria, through Ghana, the Wollof tribe of Senegal, and even Liberia,

Everyone has a different story of how Jollof rice came to be, from Nigeria to Ghana to the Senegalese Wollof tribe and even Liberia.

While it’s nearly hard to say who invented the original recipe, we can say who has the finest, which is Nigerian Jollof, by popular demand.

Egusi soup is created with Egusi melon seeds, which are a subtype of watermelon seeds found in Nigeria’s tropical regions.

Despite the peculiar technique of cooking, Egusi is not necessarily an original Yoruba soup, as it is eaten by West Africans from the Igbo tribe in Nigeria all the way to Ghana, where it is known as “Agushie.”

However, the soup is prepared in a variety of ways, from the Edo, who use Une (locust beans) and waterleaf, to the broth-like agushi soup, which is popular amongst the Northerners.

Henry, a proud Igbo guy born in the 1960s, argues that egusi was originally an Igbo recipe (at least in Nigeria) until it was adopted by other tribes who added additional herbs to the soup, such as bitter-leaf.

According to him, “Back when we used to travel to the farm, our mother would give us the names of the herbs and crops being gathered,” he explained, “maybe as her own way of maintaining our heritage and gastronomy.

” This is when I learnt about the origins of egusi in these parts. ”

Various tribes in West Africa, from Sierra Leone to Ghana, call banga soup by different names. Banga soup is a Nigerian dish that comes from the Urhobos tribe in the south.

There have been comparable soups from other tribes over the years, but it’s basically the same Banga soup with minor variations, such as a different type of leaf.

Obe Eyin from the Yoruba people and Ofe Akwu from Igboland are two soups that are identical. Liberians eat Banga, which is also known as Palm Butter Soup, a delicacy served with rice.

The Efik-Ibibio people of Akwa Ibom State, who developed it, are famed for their pride and delight. It’s primarily produced using pumpkin and water leaves.

The inhabitants of Cross River State, in southeastern Nigeria, consider this food to be their own, but it is considered an Efik meal.

Moi Moi, a dish made from ground peeled beans, onions, and peppers (depending on the season), is another dish whose origins are still debated. This is unsurprising given its widespread consumption among tribes such as the Edo, Igbo, Yoruba, Hausa, and Urhobo, as well as in Ghana and the Ivory Coast.

Ositadinma, a 56-year-old Igbo man from Lagos, has a different take on how moi-moi came to be. He claims that the bean-based meal originated in Eastern Nigeria, using similarities between Okpa and Moi-Moi to support his claim.

Okpa is a moin-moin-adjacent meal that is primarily consumed in Eastern Nigeria. The recipes for the two dishes are nearly identical, with the exception that okpa is cooked with Bambara nuts, whereas moi-moi is made with beans.

“We invented the recipes and were the first to prepare these meals.” “Moi-moi, on the other hand, became popular in the west, and now everyone appreciates it,” Osita explained. 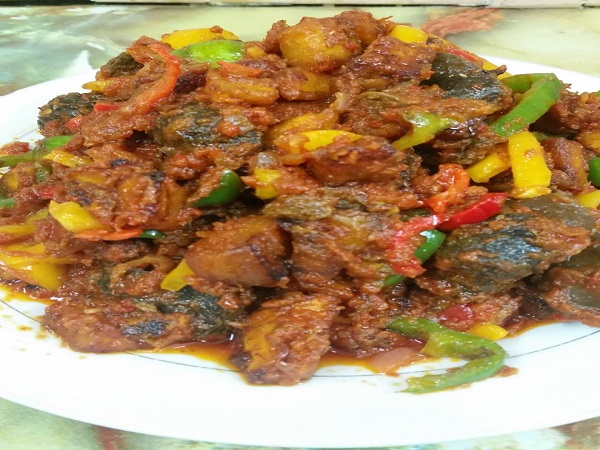 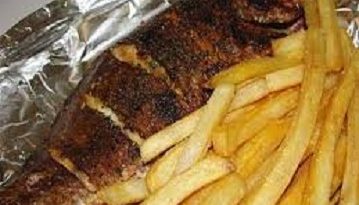 Fish and Chips: A Fresh Take on the Classic 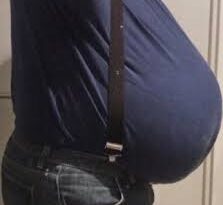