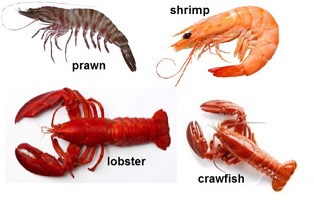 food
January 14, 2023January 15, 2023 Odiraa 0 Comments and Shrimp, Crayfish, Crayfish VS Prawn VS Shrimp, Prawn, Prawn VS Crayfish, Prawns VS Shrimps, Shrimp & Crayfish?, Shrimp Features, What is Crayfish?, What is Prawn?, What Is the Difference between Prawns

Please watch for a clearer definition >>>>

This is because a variety of marine creatures, especially crustaceans, all look alike but are very different.

The main reason for this is the alike structure and almost the same body between the three.

Crayfish, Prawns, and Shrimp belong to the same family and are crustaceans but have many variations including their production countries.

People favor one over the other when it comes to food because of differences in taste between them.

This has confused so many people the more, as well as citizens of those countries.

Great confusion often arises when it comes to distinguishing between prawns, and shrimp.

In this article, I will try as much as possible to highlight what distinguishes these crustaceans – Crayfish, Prawn, and Shrimp.

In some cases, it is easy to spot, especially for crayfish.

What Is the Difference between Prawns, Shrimp & Crayfish? | Crayfish VS Prawn VS Shrimp

Shrimp: any small, long-tailed, mostly marine crustaceans of the decapod suborder Natania, some species of which are used as food.

The baboon is also called a prawn, but it is not the same animal. Shrimp have a lamellar gill, a side plate that covers the front and back parts and carries their eggs outside of their bodies beneath their tails.

While, Prawns have branching gills, and side plates that overlap tile-like from front to back, and they carry their eggs inside their bodies near their tails.

Crayfish, Prawn, and Shrimp – Differences between Prawns and Shrimps

This is where it can be confusing because prawns and shrimp look very similar. If you ask other people how they distinguish between the two, they will tell you that one is bigger than the other. This is in reality wrong. They belong to the same family so they look very similar.

Body Structure/Shape of Shrimp VS Prawn

Moreover, you will see a marked bend on the shrimp against the prawn, which has its bend in form of a curve. There are no marked or sharp bends on the prawn

Crayfish is a water crustacean at night. It is somewhat similar to the smaller lobsters and is more common in rivers and streams. Crayfish are normally meatier and have a strong aroma in them. They are low in salt, sweet, and have little mineral flavor.

Crayfish have no pincers and have feather-like gills. Their fossils can be found for about 30 million years. Crayfish fertilize their eggs in their body. They feed on plants and animals, either live or decaying

Crayfish are used as pets and are kept in freshwater aquariums and can do anything literally and are therefore omnivores. Being omnivores in nature, they can cause ecological damage when introduced to non-native water bodies.

Prawn is a common name used for small aquatic crustaceans.

After years of confusion and a lack of scientific data, Shrimp and prawns are in interchangeably used these days. But, there is a big difference between Prawns and Shrimp.

The Exo or Outer bone feature of the Prawn does not permit it to bend at all so the prawns are almost straight.

Prawns have their claws on three pairs of legs and have the largest pincers present on the second pair of legs. Prawn release their fertilized eggs into the water which makes the eggs grow.

Speaking of taste, prawn has a slightly sweet taste that goes with it and it is seafood. People around the world love to eat it in a variety of dishes and versions.

The Indian prawn of the Fenneropenaeus is one of the world’s largest trading species. Prawns are found mainly in the Indo-west Pacific, India, South-eastern Africa, Malaysia, Indonesia, northern Australia, and southern China.

Prawns and crayfish have very different tastes and prawns are smaller in size than Crayfish.

Crayfish VS Prawn VS Shrimp – Crayfish, Prawn, and Shrimp

The difference between prawns and Crayfish is that prawns are saltwater crustaceans and crayfish are freshwater crustaceans. Although they may look similar, if one does not look very closely, they have tons of variation.

One significant difference can be seen in their reproductive process.

Second, crayfish are small freshwater shellfish with five pairs of legs; they look like little lobsters, are lobster-related, and are very tasty.

While a prawn is more like a shrimp, though it is more significant in size, is well-thought-out marine life, so it does not live in freshwater.

Crayfish have claws, and their flesh is less sweet than that of prawns. Furthermore, you don’t get as much meat from the crayfish. Prawns are closely related to shrimp.

Crayfish are also known as crawfish and crawdads. Prawns have more protein than crayfish, possibly because they are bigger and hold more meat.

The prawns are very natural to peel and eat, while the crawfish have a shell that is hard to break.

All things considered, prawn is highly desirable because of its flavor, ease of peeling, and eating.

How to Tell the Difference between Crayfish, Prawns, and Shrimp

Prawns are smaller than shrimps and are closely related to them. They have branching gills, unlike crayfish.

Unlike other crustaceans, have claws on three pairs of their legs. It is also clear that, unlike other decapods, prawns do not brood their eggs on Pleopads.

What is the difference between shrimp and prawns and crayfish? How to Tell Crayfish, Prawns, and Shrimp Apart

The vast majority of shrimp (and thus prawns) live in saltwater. Nonetheless, some shrimp, such as the big claw river shrimp, live in freshwater.

What’s the difference between crayfish and shrimp?

Crawfish and shrimp differ the most in terms of size, morphology, and water type in which they live.

Crawfish are larger than shrimp, have long, thin pincers that shrimp lack, and live entirely in freshwater, whereas shrimp live in both freshwater and saltwater.

Pincers and claws: Shrimp have claws on both pairs of legs, with the front pincers being the largest.

Prawns have claws on three pairs of legs, with the second pincers being larger than the first.

Crayfish and shrimp are bottom-dwelling crustaceans classified as Malacostraca. Scuds and aquatic sow bugs (Isopoda) are also included in this class (Amphipoda).

Crayfish, with 315 freshwater species, is a much more diverse group than freshwater shrimp, which have only 19 species.

Based on shrimp characteristics, I believe the crayfish we have in Nigeria is more like shrimp.

As a result, crayfish can be safely referred to as dried shrimps. They range in size from very small to large enough to be mistaken for prawns.

Crawfish and prawns are both crustaceans, but prawns have branching gills and live in salt water, whereas crawfish live in fresh water and have featherlike gills.

A crawfish tastes more like a lobster in terms of flavor. Prawns have a more shrimp-like flavor, despite being smaller and sweeter.

Many people compare the flavor of crawfish to that of shrimp and crab because they are slightly salty and a little sweet and have a bit of mineral flavor.

What are big crayfish called?

Furthermore, the crayfish does not provide as much meat. Shrimp and prawns are related. Crayfish are also referred to as crawfish and crawdads.

Which is better, shrimp or crawfish? The answer is a personal preference.

Crawfish have a milder, sweeter flavor that is similar to lobster. Shrimp have a slightly stronger flavor and are slightly salty.

Difference between crayfish and prawns

Crayfish are related to lobsters and are also known as crawfish and crawdads.

Shrimp versus prawn versus crayfish ~ Shrimp vs prawn vs Crayfish

The prawn is smaller than shrimp and is closely related to them. They have branching gills, unlike crayfish.

Unlike other crustaceans, have claws on three pairs of their legs. It is also clear that, unlike other decapods, prawns do not brood their eggs on Pleopads.

Prawn and crayfish recipes ~ what is the best combination with prawns?

What Food Pairs Well With Shrimp? 48 Side Dishes to Serve with This Shellfish

Are prawns and crayfish the same thing?

Although they are related, prawns and crayfish are not the same. Crayfish and prawns can be distinguished by their physical appearance.

Crayfish and shrimp aquarium ~ Can crayfish be kept with shrimp?

It is not recommended to keep them together because shrimp may be considered a welcome snack.

Plants are not eaten, so dwarf crayfish can be kept in planted aquariums. Their lifespan ranges from 1.5 to 2 years. 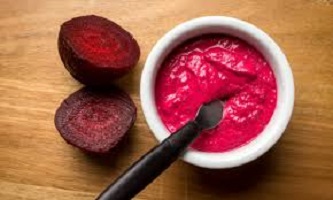 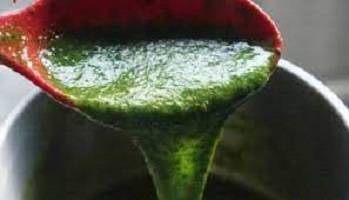 Ewedu Benefits: What Yoruba’s Noticed That You Didn’t