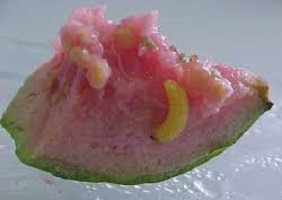 Worms In Guava: how to prevent worms inside guava

Guava (Psidium guajava) has a flowery perfume, a robust flavor, and can be sweet or tart, depending on whether you eat it fresh or in a jam that sweetens cake layers.

The infamous guava insect is known as the guava fruit fly (Bactrocera correcta) and the maggots it generates once it penetrates the fruit are what you don’t want to bite into.

Fruit fly infestation can be handled, but it takes a lot of effort to get rid of the pests, which are more common in home-grown guava kinds.

The worms in guava, as well as their control and management, will be discussed in this article.

Before we get started, here’s a quick primer on worms in guava:

Guava has worms, and the worms are nothing more than maggots of fruit flies that feed on the flesh within guava fruits. Maggots can be harmful to guava plantations at times.

Setting up a homemade trap using a plastic container with holes equivalent to the size of the fruit flies is one key cultural practice that is often utilized to prevent fruit flies from guava.

Continue reading for a step-by-step guide on guava worm symptoms, prevention, and management.

The guava fruit (Psidium guajava) is one of the most extensively grown guava species in tropical America. Guava is now grown in several nations across the world.

Guava is one of the four principal fruit crops in the United States, with roughly 16,124 farmed hectares. It produces roughly 239,713 tons per year and has a 46.39 percent internal re-turn rate.

The guava tree is often grown in a small orchard or farming area of fewer than two hectares.

Guava is often grown in a scattered silvopastoral system at altitudes of up to 1900 meters above sea level.

Guava is still one of the most cost-effective sources of vitamin C and folate in the diet. Damage from worms and other pests, on the other hand, has been demonstrated to have a major impact on guava yield every year.

On guava plantations, a variety of insects and worms cause significant losses.

In Colombia, for example, insect pests such as fruit flies are said to be wreaking havoc on guava production (Anasyropha striata, Anastrepha fraterculus, and Conotrachelus psidii)

Nematodes and insect maggots are the most prevalent guava worms. However, there is another worm known as the stem borer, which was recently discovered by large guava farmers in 2006.

Worm borer, according to Pulido, is one of the most important guava pests, causing serious damage to guava farming after the worms have established themselves.

Worm borer larvae can use a fiber operculum to puncture the stem of a guava tree and feed on the excreta that accumulate at the base of the stem.

This damages the guava stem, resulting in the death of guava plants and a decrease in the agricultural unit’s yield.

Maggots, which are worm-like insect pests, also harm guava. These are young growing insects that eat both the fruits and other components of the guava plant.

This commonly happens when insect pests like fruit flies lay eggs on the stems, leaves, and roots of guava trees. Guava roots, leaves, and fruits may also be harmed by the larvae produced.

The maggots, on the other hand, are the ones who cause the most catastrophic damage. Worms and maggots both eat the delicious flesh of guava fruits in a similar biological manner.

On the guava fruits, this red color can be noticed as a little patch.

Pest Control for Guava – How to get rid of worms in guava fruit: Treatment

The steps to controlling and preventing worms in your guava are as follows:

How to Make Fruit Fly Traps in the Kitchen

According to the Farmers’ Almanac, pouring ¼ cup of apple cider vinegar into a jar is an easy way to get rid of fruit flies in your kitchen.

Wrap it in plastic wrap and poke a hole through it. Using a rubber band, secure the plastic wrap.

Another alternative is to place a pot of basil beside the fruit on a kitchen shelf. The smell of basil repels flies, so they stay away. Remove a few leaves and place them at the bottom of your fruit bowl.

Alternatively, fill a jar halfway with apple cider vinegar, add some dish soap, and leave it on the counter.

According to most medical professionals, there will be no problem if you eat guava that has been significantly infected by worms or insect maggots and you eat the guava unintentionally.

It will merely supplement the protein already present in the guava. However, there is a danger of allergy due to unpleasant feelings, and the guava fruit can be contaminated by bacteria and fungi as a result of worm and maggot injuries.

If you have already consumed the guava, there is no need to be concerned; but, if you are about to consume the guava that has been damaged, do not consume it.

Remove the guava worms or seek out another healthy guava to fulfill your thirst.

They aren’t always hazardous, however, it’s best not to eat guava with worms.

Insecticides and fumigants can be used to safeguard your guava. You can prune your guava tree at the right moment to allow fresh air to flow in and out. This can also aid in the protection of your guava.

If you think you’ll be able to eat the guava and it’s not rotten or smells unpleasant, you could want to try it. However, parts that have been affected by the worms should be avoided. 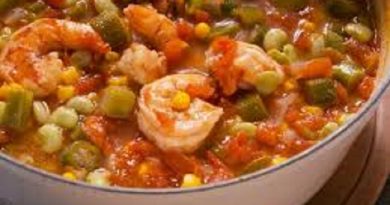 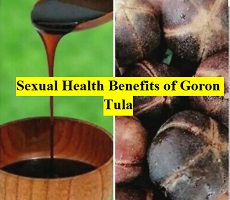 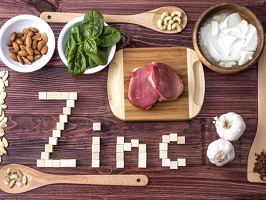