The African oil bean plant is a tropical tree that can grow up to 21m. It is well-branched with its branches spread similar to a canopy.

The oil bean is seen in the fruit of the oil bean tree. The fruit black, hard, and woody pod measuring about 35-36 cm long, and 5-10 cm wide.

When the fruit is mature, it ruptures showing about 8 flat, brown and shiny seeds of about 5-7cm.

The oil bean tree is mostly found in rainforests in southern West Africa where they grow wildly.

This oil bean plant grows the oil bean leaf or flowers between March and April and between June and November.

What the Igbo tribe from Nigeria call ‘ugba or ukpaka’ is normally the fermented African oil bean which is a common traditional food condiment among the southern and southern-eastern tribes.

The fermentation is done in homes for family business or consumption.

The fermentation process of the African oil bean is simple and can be done easily at home.

The fermentation process differs from community to community. Relating a basic process:

For home consumption – share the Ugba into small packs and store in the freezer till ready to use.

How to know if the Ugba is fermented

It is also rich in phytochemicals like tannins, alkaloids, sterols, flavonoids, glycosides, and saponins – all of which are of assistance to human health.

Though, some studies have revealed that the seeds contain some anti-nutritional factors including cyanide, phytate, tannin, and oxalate which can be reduced by proper processing/fermentation and cooking.

These components are vital to the nutritional health of human beings, and these seeds contain and provide a lot of these requirements.

African oil beans contain anti-inflammatory substances that reduce inflammation in the body. Both bark and seeds can be used to produce local oils for the treatment of insect bites, itching, cuts, and wounds. Also, it is written that the oil of these seeds can be used to make soap. The vitamin content of bean oil stimulates and nourishes the skin for the best results.

The wood and oil leaves can be distributed all over the field to be used as mulch to enhance plant growth. The mulch will serve as fertilizer and will retain soil moisture, suppress weed growth, regulate soil temperature, and to give the farm a better appearance.

These nutrients have been proven to be important in the production of animal feed, especially when fortified.

Oil beans are used in the preparation of numerous African dishes. This ingredient adds a fresh and earthy taste to food.

African oil bean seeds can be cooked, sliced, and allowed to undergo a fermentation process for three days before being prepared in delicacies. It can be prepared with tapioca, nkwobi (cow leg), abacha (African salads), sausages, okporoko, soups, isi ewu (goat head), and porridge.

Oil beans are used as a major ingredient when making African dishes. This ingredient adds a fresh and earthy flavor to food.

The oil bean plant is high in phytoestrogens and therefore can be considered as a nutritional supplement and vitamin to control obesity and overweight.

The oil extract of this seed is used in making candles, soaps, and cooking oil. Oil bean seeds are at times cased in brown shells and used for decorating, bead making, and other crafts.

The oil bean seed efficiently lowers cholesterol. This is made possible thanks to a property called saponin which reduces plasma cholesterol that benefits the heart. It will give you a healthier blood channel and body. On the other hand, saponin should is toxic, thus, oil beans should be consumed with self-control.

African Oil Bean and Pregnancy – Is Ukpaka/Ugba safe in pregnancy?

Side effects or Dangers of African Bean Oil

As nutritious as the seed is, studies have shown that unfermented African oil bean seeds contain:

Drops of a poisonous alkaloid known as Paucine, small amounts of Caffeoylputrescine, a growth depressant, bacteria such as E.coli and Staphylococcus aureus, along with molds that can produce mycotoxins in foods.

Henceforth, before it becomes fit for consumption, it must undergo a thorough cooking and fermentation process to eradicate any unwanted toxins before ingesting it at all.

Africa is rich in natural resources, but, our lack of exposure of these riches may cost our health.

Instead of abandoning local nutrients for a foreign one, why not learn about what we have and build on them. 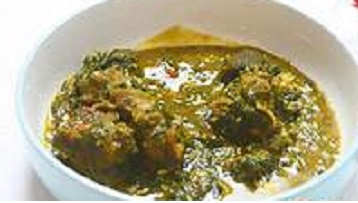 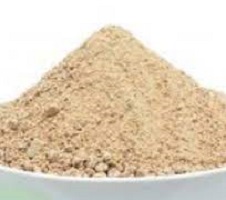 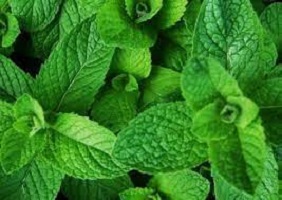 Scent Leaf for Fertility: How to Boost Fertility with Basil Leaf