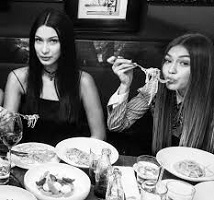 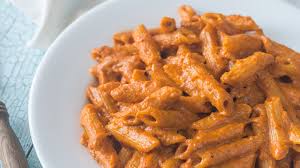 Learn how to prepare it both with and without vodka!

However, if you are unfamiliar with it, this is your chance to learn. I’ll tell you what… it’s worth the buzz!

Depending on your diet, you may make this vegetarian pasta with whole wheat spaghetti, keto pasta, or gluten-free noodles.

“What, after all, is Gigi Hadid’s Pasta?” you may wonder.

When Gigi Hadid was pregnant with her daughter, she posted a video on TikTok and her Instagram story showing how to make hot vodka spaghetti. She was experiencing cravings!

Gigi Hadid revealed a recipe for spicy vodka pasta sauce on her Instagram Stories in early 2020, and since then, everyone has wanted to try her pasta dish.

The pasta is also known as ‘Pasta Alla Vodka,’ and it became famous in both Italy and the United States in the 1980s.

You’re probably wondering what’s all the fuss about.

Here are a few of the reasons you’ll enjoy her spicy vodka pasta:

Here are the simple ingredients Gigi Hadid used to make her spaghetti (and with a few substitutions if necessary):

Gigi made her pasta with Orecchiette (“little ears”), but you can use little pasta shells instead (they look like a sea shells). This style of short pasta absorbs the creamy sauce well. Cook the pasta until al dente, then mix it in the pasta sauce until evenly coated. Please remember to set aside around ½ cup of pasta water to add to the sauce. The starch will thicken the sauce!

She used ¼ cup or 4 tablespoons in her recipe, however, I discovered that half that quantity (or 2 tablespoons) was enough to sauté the shallots (or red onion) and garlic, especially because she used a nonstick skillet. So, certainly, I reduced my fat intake!

She typically uses shallots, but she didn’t have any on hand, so she substituted red onion. Gigi, you’re a great sub!

I’m not sure if she’s not a fan of garlic or if the pregnancy damaged her palate, but I found that just one clove of garlic wasn’t enough. So, instead of a little garlic clove like hers, I added three to mine. It will enhance the flavor of this spicy vodka pasta recipe!

This is a condensed paste, not tomato sauce. It will increase the acidity of the dish!

It adds a creamy texture to the sauce and helps to balance out the tomato paste. If you don’t have it on hand, you can use half-and-half or whole milk, but make sure to let it reduce for a longer period of time.

Although the original Pasta Alla Vodka contains vodka, Gigi omits it in her version because she didn’t have any on hand. If you do, allow it to evaporate by simmering the sauce for a bit longer (about 1-2 minutes more).

It gives this dish a bite, but if you don’t like spicy foods, leave it out.

She didn’t have any on hand, but she indicated in her video that you should add chopped basil. I used it in the sauce as well as as a garnish. It will undoubtedly improve the flavor of the sauce. Fresh basil is preferable… as is adding it whole (but choose small leaves)! Although many recipes call for chiffonade or chopped basil, the basil fragrance and flavor are provided by the oils. By cutting the leaves, more of the oils are exposed to the air. For sauces, SMALL WHOLE LEAVES are perfect.

It is added at the very end, soon after the pasta has been removed from the heat. It will undoubtedly enrich it!

Gigi used around ¼ cup grated Parmesan cheese, but double it for me!

Spaghetti: I think Gigi’s choice of shells for her pasta was perfect! They do an excellent job at capturing the sauce! However, you can simply transform this into “penne alla vodka” by using penne pasta. To be honest, any spaghetti will do–the sauce is SO GOOD!

Vodka: Any brand of vodka will suffice. If you don’t have vodka, you can use one of the replacements listed below or eliminate it entirely. The sauce is also delicious without it.

Gigi’s original spaghetti on her Instagram story, in fact, did not contain alcohol (she left it out because she was secretly pregnant!).

Onion: Gigi used red onion in her spaghetti, but a shallot can also be utilized. It’s also good to use white or yellow onion!

Follow these simple steps to prepare one of the best quick dinners you’ve ever had! We followed most of her instructions, with a few exceptions:

The sauce will get saucier if you add more of the starchy pasta water. Set aside some time!

Cook for about 1 minute after adding the garlic. Cook until the tomato paste becomes “darker in color and a little caramelized,” according to Gigi Hadid.

Cook until the vodka has completely evaporated (about 2 minutes). NOTE: At this stage, you can add a few small basil leaves to the sauce for added flavor!

It’s made up of a tomato cream sauce that clings to the ridges of the pasta or the shells and fills the holes.

Nonetheless, you may make your own by substituting white rum for vodka and even apple cider (without the vinegar), apple juice, or white grape juice.

If the sauce appears too thick after adding the ¼ cup of pasta water specified by Gigi, you can always add a little more because you reserved the double amount specified in the instructions.

I used the entire ½ cup, which resulted in a creamier sauce.

How to Care For Spicy Vodka Pasta

Although I doubt you’ll have any leftovers, you can always preserve it in the fridge in an airtight container for up to 3 days.

To reheat leftovers, throw them in a pan over medium-low heat with a splash of heavy cream or milk, or just enough to loosen up the sauce.

Gently stir until the pasta is thoroughly warm.

Nutrition labels are provided solely for educational purposes. Because the nutrition value of recipes might vary depending on product brand or source, portion sizes, recipe changes/variations, and other factors, this information is offered as a courtesy and is merely an approximation.

To calculate nutritional values more accurately, we recommend performing your own calculations using your chosen calculator based on the items you use, or speaking with a trained dietitian.

Please keep in mind that the health and diet knowledge is offered for educational reasons only and is not intended to diagnose, treat, cure, or prevent disease.

Check with your doctor or another competent health expert before making any significant changes to your diet or exercise routine, for any other issue that requires medical guidance.

Gigi Hadid’s spicy vodka pasta (without the vodka) Can you make Gigi Hadid Pasta without vodka?

This Hadid’s pasta recipe calls for rigatoni, but this dish (Penne Alla Vodka) is a tried-and-true Italian classic.

Gigi returned the spotlight to this simple yet delectable dish. This pasta contains vodka, but you can leave it out and the dish will still be delicious.

Without a doubt! Here are a few examples: White rum, apple cider, white grape juice, or apple juice are all options.

Some people like to add a little lemon or lime juice (or equal portions of each), but I don’t think it’s necessary because the tomato paste is already acidic.

You may, of course, leave out the vodka! It adds a somewhat acidic touch to the meal, which is already present in the tomato paste.

In reality, this is the recipe for Gigi Hadid Pasta sans vodka, which has gone viral. She called for a tablespoon of vodka but left it out because she didn’t have any on hand!

Is It Possible To Make This Spicy Vodka Sauce With Milk?

Heavy cream and half-and-half are the finest selections because they are thicker and creamier, making the sauce richer.

If you only have whole milk on hand, go ahead and use it, but make sure to use less than the amount asked for in the vodka sauce recipe for heavy cream.

You will also need to let the sauce reduce for a longer period of time. However, do not use low-fat milk!

What Pasta Type Does Gigi Hadid Use In Her Recipe?

She appeared to be using orecchiette (“small ears”), which many people confuse with shell pasta (which looks like a seashell).

Her pasta is the size of medium-shell pasta. Shell pasta is available in three sizes in the United States: medium, large, and giant. Furthermore, her pasta has rounder ends rather than channeled ends like shell pasta.

Shell pasta, on the other hand, would work just as well as shell pasta to contain this rich tomato-based sauce.

How Can You Healthyize Gigi Hadid’s Pasta Recipe?

Some of the components, such as the amount of olive oil she used, heavy cream, butter, and, of course, the white pasta, are clearly unhealthy. It is high in saturated fat and simple carbohydrates. The best way to make it healthy is to do the following:

Can I Add Protein To Gigi Hadid Vodka Pasta?

To balance off the rich sauce, serve with grilled chicken breast, shrimp, scallops, or salmon.

Gigi Hadid’s spaghetti is already on the hefty side, making it an excellent vegan option. However, if you wish to serve it with a side, serve it with:

What is Bella Hadid Pasta Called?

The Gigi Hadid Pasta is not a new dish; it originated in Italy and is also known as Spicy Vodka Pasta.

It’s a creamy tomato-based sauce that starts with cooking down some onions and garlic. 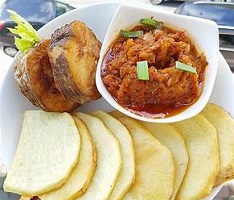 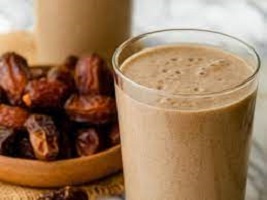 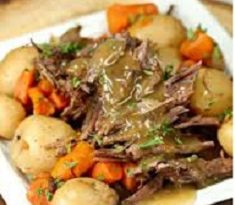