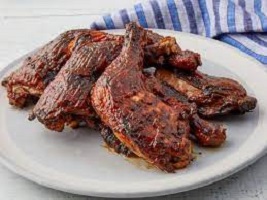 Jamaican Jerk Chicken – Properly seasoned grilled chicken with Jamaican jerk marinade that has the best balance of hotness and sweetness.

There are as many takes on jerk chicken in Jamaica as there are many cooks on the island, but most share a similar method:

Chicken is covered in a seasoning blend dominated by chiles and spices, and then grilled

The best jerk recipe is amazingly fragrant, fiery hot, tender, moist, juicy, and smoky all at once. You’ll thirst to make this all year round!

What is Jerk Chicken?

Jerk Chicken is a popular Jamaican dish and throughout the Caribbean that is often paired with rice and salad.

The chicken wings, breasts, or thighs are usually soaked with Jerk Seasoning and Jerk Marinade.

The lengthier you marinate the chicken, the tastier your chicken will be.

You can play around with the spices and herbs such as adding paprika or cumin. That’s what makes homemade marinades the best. You can modify the recipe based on your palate.

What is Jamaican jerk chicken?

Jerk chicken is well known in Jamaica for its spicy marinade, which is flavored with allspice, and Scotch bonnet peppers, which are related to habanero chili peppers.

The term “jerk” describes a method of cooking where the primary ingredient, which is typically chicken but can also, be beef, pork, goat, boar, seafood, or vegetables.

That is then, covered in spices and cooked slowly over a fire or grill that is typically made of green pimento wood placed over burning coals.

The flavor of the food is greatly influenced by the smoke that results from this process.

The Taino were the ones who invented the jerk technique and later taught it to African slaves, who then modified it to produce jerk chicken.

The Spanish word charqui, which refers to dried meat strips similar to modern jerky, is said to be the source of the English word jerk.

It’s smoky, spicy, and fragrant—all you want jerk chicken to be. However, what puts this recipe above all recipes is including the Chinese five-spice in the marinade:

“Yes, this spark of cinnamon improves the rich clove flavor conveyed by the allspice berries,”

For best results, allow the chicken to marinate overnight so that the seasoning has time to carefully penetrate the meat.

The chicken can also be roasted in the oven if you so wish.

This is about the best marinade recipe you’ll ever try!

It’s overflowing with a fresh flavor and it may appear like a strange mixture of ingredients but together they create an incredible, well-adjusted flavor.

And it all compliments chicken without a glitch. Thus, if you’re looking for an Authentic Jerk Chicken Recipe, this one is especially for you.

How to Make Jerk Chicken

How to Grill Jerk Chicken

Firstly, light a grill. Then, grill the chicken over a medium-hot fire, turning intermittently, until well browned and cooked through about 35 – 40 minutes. (Cover the grill for a smokier flavor.) Relocate the chicken to a platter and serve.

What is Jamaican jerk chicken made of?

Spices indigenous to the island of Jamaica give Jamaican spice rub Chicken its distinct flavor characteristic.

What flavor does jerk chicken have? Jerk chicken has a flavor that is smokey and extremely spicy, filled with heat.

The jerk seasoning adds spice and heat, while the chicken’s cooking over coals and green pimento wood imparts a smokey taste.

Jerk sauce is JAMAICA in a bottle and contains scotch bonnet peppers, pimento (allspice), nutmeg, soy sauce, and thyme among other flavors.

You get glimpses of flavors that are sweet, salty, loads peppery, and have an island-like kick to them.

Spice rub chicken: Is it healthy? Yes, the natural and whole ingredients used in this spice-rich dish’s marinade are packed with vitamins and nutrients.

Why is Jamaica known for its jerk chicken?

Jerk chicken is thought to have originated when the Maroons brought African meat-cooking skills to Jamaica and blended them with local Jamaican ingredients and Arawak Indian flavors.

Is Caribbean jerk the same as Jamaican jerk?

Although the flavors of a jerk and creole seasonings are similar, they are not the same. Jamaican-born jerk seasoning is often used in Caribbean cuisine.

The jerk spice combination has a stronger flavor and is much spicier. It makes use of strong spices like allspice and chiles that are absent from creole seasoning.

Is jerk chicken supposed to be sweet?

A well-prepared, authentic spice rub chicken is irresistible because it is sweet, spicy, and smokey at the same time.

It is soft and supple due to the lengthy marinating and grilling, and the fiery chile sauce that is generally offered on the side cuts through the richness of the meat to keep you coming back for more

What to serve with jerked chicken – best side dish options

How do you make Jamaican jerk sauce?

Steps to Make It

Is jerk a spicy dish?

While certain sauces, like mild, medium, or spicy, have different heat degrees, jerk is one of those take-it-or-leave-it kickers. Really hot and spicy

What makes jerk chicken so spicy?

Allspice and Scotch bonnet peppers make up the majority of the hot jerk marinade sauce, which is typically served with chicken or pork.

What distinguishes jerk from barbecue (BBQ)?

Jerk seasoning mixes savory and sour flavors along with a fiery peppery kick from scotch bonnet peppers, unlike barbecue, which is typically sweet and smokey.

Is Jamaican spice rub Chicken supposed to be dry?

No. It hasn’t been cooked properly if it is dry. Jamaican spice rub chicken is meant to be flavorful and packed with juicy ingredients that melt in your mouth.

Is jerk seasoning the same as Cajun seasoning?

Both jerk seasoning and cajun seasoning use various components, and each of these spice mixtures has a unique flavor profile.

Low-carb diets can use it.

Chicken is the ideal food for you if you’re trying to reduce your carb intake in order to lose weight or get in better health condition.

Jamaican Jerk Seasoning has Anti-Inflammatory Properties and Is Great for Your Gut.

The best jerk chicken comes from which country?

The dish known as jerk chicken is now a staple of Jamaican cooking and a favorite around the globe.

However, Jamaican spice rub chicken is the best in the entire world.

Where was jerk chicken originated?

Jamaican spice rub fried chicken is one of the most well-known Caribbean foods. This meal is typically seen in the Caribbean and Jamaican restaurants, but do you know where it came from?

This recipe’s ancestors arrived in Jamaica 2500 years ago.

They were grilled in big old oil drums that had been converted into smokers at these roadside stands.

Allspice berries and scotch bonnets, a pepper related to the habanero, were among the ingredients in a jerk spice mixture used to rub the chickens, which turned the meat to a rich, dark brown that was almost black.

One of the key ingredients in the flavor of jerk foods is heat.

Do you take the skin off spice rub chicken?

Trim the chicken’s superfluous skin and fat (but leave the majority of the skin; you can remove it later before eating), and then squeeze some lime or lemon juice (or vinegar) over it.

Drain after rinsing with cool water. Now pierce the chicken pieces with a fork or pairing knife.

Jerk Chicken Restaurants near Me in Lagos, Nigeria 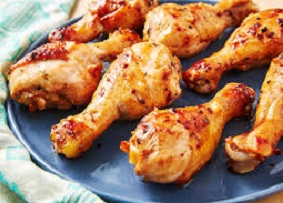 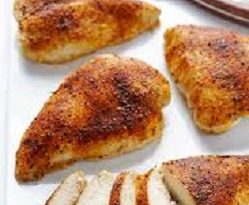 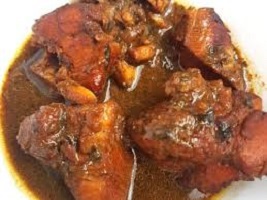