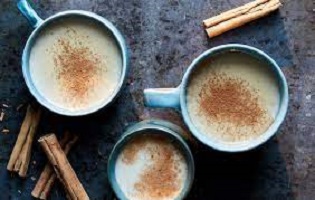 What does atole mean in English? Definition of atole

It means a cómo se pronuncia atole en ingléscorn meal that is cooked and eaten as mush or that is drunk as a thin gruel.
Champurrado or atole is the name for chocolate atole. It’s usually served with tamales and is especially popular during Day of the Dead (November 2) and Las Posadas (Christmas holiday season).

Atole (pronounced ah-TOH-leh) is a Mexican beverage made from masa harina, the same corn flour used to make corn tortillas. (Atolillo is the Guatemalan version of atole made with rice.)

It is a popular breakfast dish that dates back to the Aztec and Mayan civilizations.

Atole is traditionally served at Dia de los Muertos, or Day of the Dead, celebrations, which take place on November 1 and 2 to honor and remember those who have died.

The beverage is frequently served for breakfast or as a late-night snack. It has the consistency of a thin cream of wheat, so it makes sense.

The Nahuatl word atolli, which means “watery,” inspired the word atole (also shortened to “atol”). The word comes from the Greek words “atl” (water) and “tolea,” which means “to drink or consume.”

The first written accounts of atole can be found in Hernan Cortez’s Cartas de Relación, in which he describes the ancients making a drink out of honey, chiles, water, and corn.

This drink is very energizing and predates the conquest by ten thousand years when archaeologists discovered the first evidence of corn being soaked in alkaline water and ground into a fine grain.

The secret to atole is a process known as nixtamalization.

The Spanish, on the other hand, is said to have found the watery drink unpalatable and began to make it with milk. Today, atoles can be made with water, milk, or a combination of the two.

As a result, the thickness of atole can range from a porridge-like consistency to a thin, pourable drink.

Masa is toasted on a comal (griddle) before being combined with water that has been boiled with cinnamon sticks. The texture of the resulting blends varies, ranging from porridge to a thin, liquid consistency.

In place of masa, atole can be made with rice, wheat, or oatmeal. Pinole is also used in a variation in northern Mexico (sweetened toasted corn meal).

Although atole is a traditional drink associated with the Mexican holidays of Day of the Dead and Las Posadas, it is served at breakfast and dinner throughout the year. It’s usually sold on the street.

Atole is traditional comfort food in many parts of Mexico and in communities with Mexican cultural roots in the United States.

On cold days, it’s commonly eaten for breakfast or as an after-dinner snack. Blue corn atole is a grainy porridge-style drink served warm in New Mexico, made from finely ground cornmeal that has been toasted for cooking.

It is usually sweetened with sugar and thinned with milk and usually served with cream of wheat or oatmeal for breakfast.

Elders are said to have consumed atole because it gave them energy and provided more milk to nursing mothers.

Only a few ingredients are required for this delicious atole recipe. Everything you’ll need is listed below:

The lovely black specks indicate that this is something special, and they make a huge difference in flavor. I can confidently state that it is well worth the investment! If you don’t have any vanilla beans, use 1-2 tablespoons vanilla extract or vanilla paste instead.

Milk, cinnamon, piloncillo (pure cane sugar), and masa harina, a finely ground corn flour also used to make tamales and tortillas are used in this Mexican-style version by Veronica Ruiz, a home cook who grew up in Mexico City and immigrated to the United States in the 1990s.

Mexican Atole comes in a variety of flavors, including strawberry, coconut, chocolate, and many others, but this one is rich and satisfying, allowing the corn flavor to shine.

Cool Down Before Sipping

The recipe, Atole de Vainilla, is flavored with vanilla and cinnamon. Even before it’s poured into the mugs, the warm, spicy aroma of this Atole de Vainilla makes it incredibly inviting and comforting.

It’s a straightforward recipe that involves simmering masa harina, liquid, and sweetener with cinnamon and vanilla.

How to Make Vainilla Atole

It tastes like horchata and has the consistency of a thin cream of wheat. It’s delicious for breakfast or as an after-dinner drink because it’s warm, smooth, rich, creamy, flavorful, and satisfying. “It tastes like Mexico,” my son said after taking a sip. I couldn’t have put it any better.

It contains all of the aromatic and soothing ingredients found in Mexico.

With what should this drink be served?

As with regular coffee, you can have this atole Morado for breakfast.

We recommend serving with sweet pineapple tamales for a filling breakfast.

Another tasty way to serve this drink is with pan dulce. My mother also enjoyed it with molletes dulces!

Atoles come in a variety of styles and flavors. While I love this classic cinnamon-vanilla recipe, there are plenty of other ways to make this filling drink your own! To get you started, here are some suggestions:

What exactly is the distinction between atole and champurrado?

Consider champurrado to be the chocolate equivalent of atole. Champurrado includes melted chocolate in addition to almost all of the same ingredients as atole.

When you’re craving something sweet or as a substitute for regular hot chocolate, try champurrado.

Refrigerate the finished and cooled atole for up to 2 days to store. It will become thicker the longer it sits.

To reheat the atole, first, add a splash of milk or water. Stir it well before heating it in the microwave or on the stovetop. Add more liquid until the consistency is right for you.

Is it possible to prepare Mexican atole de vanilla ahead of time?

Sure! Because the mixture will thicken as it cools and sits, you may need to thin it with a little water or milk when reheating it.

Refrigerate the atole for up to 2 days in an airtight container. Reheat until the desired temperature is reached in a saucepan or microwave.

Is a corn-based beverage actually tasty?

Consider it a thin pudding made with cereal milk that is served hot. YUM!

Is it possible to make vegan Mexican atole?

Absolutely! In fact, the original method of making atole required no milk and only water.

We add milk these days because we can and it makes things super creamy, but it’s not required.

Feel free to substitute your favorite non-dairy milk or simply make it with water.

Yes, it is! Masa harina is made from corn, which is gluten-free by nature. Maseca, the most widely available brand of masa harina, is certified gluten-free.

One thing to keep in mind is that regular wheat flour is frequently kept on the same shelf as masa, and paper bags aren’t great at keeping either in.

If you are celiac, be cautious of cross-contamination at the store or choose a brand like King Arthur that comes in a sealable plastic pouch.

What is Atole Good For?

This beverage is especially beneficial in terms of nutrition. It nourishes and hydrates the bodies of those who have suffered from illnesses or diseases.

It also aids in the proper functioning of your immune system.

Is oatmeal considered an Atole?

Atole de Avena (Oatmeal Atole) is a sweet and thick beverage made with oats, milk, cinnamon, and occasionally vanilla. It’s typically served for breakfast in a mug with pan dulce or cookies.

Atoles come in a variety of shapes and sizes. Atole Fairs exist, with over 70 different types of atole.

While most atoles are sweet, they can also be sour, salty, or spicy (though these are very rare).

When you see an atole street vendor in your neighborhood, we encourage you to try something new.

Why not give it a shot and see what atole is all about? 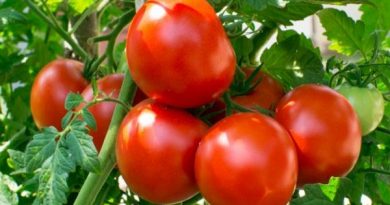 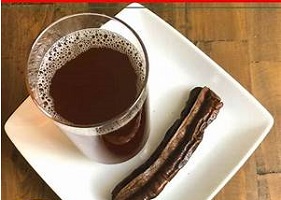 How to Prepare Prekese drink | Juice | Tea | Brew & Side Effect 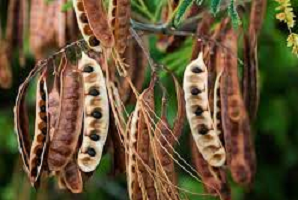 Health Benefits of Bagaruwa/Acacia & Side Effects for Women