Crème Fraîche is a classic, French-style cultured cream that will enrich any recipe that calls for sour cream.

What Is Crème Fraîche?

Cultured cream is cream soured with a bacterial culture, similar to sour cream or Mexican crema.

These substitutes work best if you are serving them cool, as either a topping or dip.

If you are preparing on heating the crème substitute, evade boiling the dish to prevent curdling the dairy.

You are welcome to trial and use it in place of yogurt, sour cream, and even mayonnaise.

It pairs well in a potato salad, combined into a fish cake, or as a sweet or savory base for a dip. Since you can add it to heated dishes remove  the fear of curdling.

It can aid to thicken a stew or add some creaminess to a rich sauce.

Dollop it over fresh fruit, or whip and lightly sweeten to frost or fill cakes.

You can also use it as a condiment or thickener in many appetizers, dinners, and desserts.

In France, it is a thickened cream made with unpasteurized cream and offers a tart, buttery flavor.

While in the U.S. the product is made with pasteurized cream and fermented with either buttermilk or sour cream.

The end product is not quite the same as the French version but still very flavorful.

Above all, it has a tangy, nutty, slightly sour flavor and a fat content of around 30 percent.

You can make your recipe that is if you have time. Otherwise, you can typically purchase it in well-stocked grocery stores/supermarkets, whole foods market, trader Joe’s, or online at amazon.com.

It’s like making yogurt but with a cream base instead of milk, no need to cook or heat anything.

Basically, stir a little buttermilk into the heavy cream, and allow it to sit for about 12 to 18 hours so the bacteria can do their job.  It will then thicken into a silky crème.

Questions People Ask and the Answers

Sour cream contains about 20% of fat and may include ingredients like rennin, gelatin, and vegetable enzymes to stabilize it and make it thicker.

Crème fraiche on the other hand, has a fat content of about 30% and does not contain any added thickeners. It has a richer flavor, is thicker, and is less tangy than sour cream.

Though, crème fraiche is more acidic and has a 30% fat content (compared to 60 to 75% fat content found in mascarpone), which results in a lighter, thinner cream.

Sour cream with less fat is the best and easiest alternative, but it’s not as rich or tangy as crème fraiche .

Full plain Greek yogurt is another alternative, but then it does not have the same smooth texture or mild flavor.

Curdling occurs when proteins coagulate and separate from the water.

In crème fraiche , there is a higher amount of fat and a smaller amount of proteins, which makes it less likely to curdle. 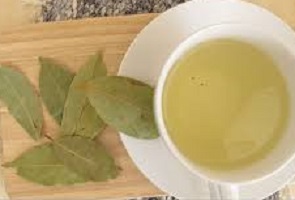 Benefits of Bay Leaves and Cloves 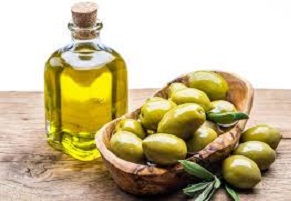 One thought on “Crème Fraîche: What Is It And How To Make?”